Just one day after daughter Carrie Fisher passed away at age 60, Hollywood legend Debbie Reynolds has reportedly been rushed to the hospital.

TMZ reports that Reynolds may have suffered a stroke at her son Todd Fisher's home in Beverly Hills while discussing funeral plans for Carrie. Around 1 p.m. today, someone at the home called 911.

The 84-year-old was taken to a nearby emergency room via ambulance. Though the Los Angeles Fire department didn't give out her name, they did confirm they responded to a call at 1:02 p.m. and transported an adult female to Cedars-Sinai Medical Center.

Debbie has reportedly been very distraught since Carrie's presumed heart attack on a flight from London to L.A. on Friday. She wrote on Facebook after Carrie's death yesterday, "Thank you to everyone who has embraced the gifts and talents of my beloved and amazing daughter. I am grateful for your thoughts and prayers that are now guiding her to her next stop." 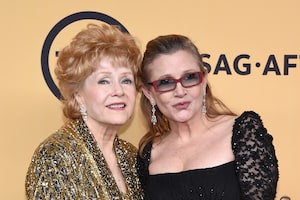 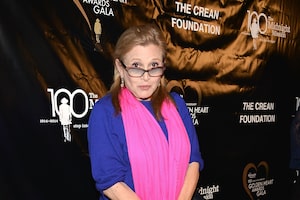