On Sunday, Harris took to Instagram to announce the news with a precious pic of herself with longtime partner Justin Pasutto, their son Leo and their two dogs. She captioned the photo, "Well THAT was SOME Christmas morning!!!!! OH MY GOD my heart cannot handle this much LOVE! @slipperygoose you've made me the HAPPIEST girl in the world.”

She ended the post with some hashtags, “#Finally #ISimplyAskedForOneThingForChristmas.”

Justin reposted the photo and wrote, "Merry Christmas from the Pasuttos! ….. at least soon to be.”

Back in March, Jillian opened up about her love story with Justin, who is eight years younger. She said on her blog, "Justin and I have been together for almost 4 years now... I was 32 when we met, and Justin was a fresh ripe 24. BTW I SWEAR he told me he was 27, which I rounded up to 28… so in my mind we were basically the same age HAHA.”

"Our age difference was never really an issue for us, our love was always strong and very real and that's all that mattered,” Harris continued. “But truth be told, I could have gotten knocked up with his baby on that second date and I probably would have been over the moon… haha… ok MAYBE too soon, but I WAS smitten.”

Jillian was on the fifth season of “The Bachelorette” and ended up giving her final rose to Ed Harris. They called it quits in 2010. 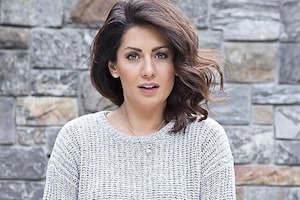 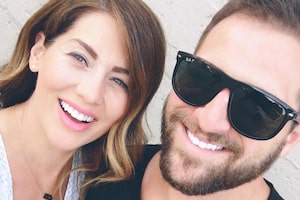 It's a 'Bachelorette' Baby! 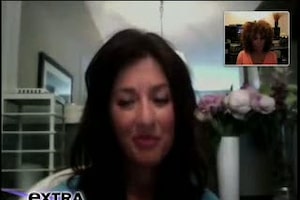