Golf legend Tiger Woods dressed up for the holidays in a very surprising way!

Xmas tradition that my kids love. Mac Daddy Santa is back! -TW pic.twitter.com/pCWZNNKPRG

On Thursday, Woods took to Twitter to post a shirtless pic, and wrote, "Xmas tradition that my kids love. Mac Daddy Santa is back! - TW.” He also dyed his goatee, and rocked sunglasses and a hat.

Tiger sparked quite the conversation after sharing the photo, with one Twitter user saying, "It's not Christmas until Tiger Woods' nipples show up in your timeline.” See more tweets below.

.@TigerWoods who is this taking the picture? Why didn't they stop this? pic.twitter.com/nv7h7tlNHI

@TigerWoods I'm not sure "Shirtless hairy nipple Santa" is for kids Tiger.

My entire timeline is a shirtless Tiger Woods. I love the Internet.

@TigerWoods I feel like this wasn’t intended for public consumption.

Tiger recently chatted with “Extra” special correspondent Tony Divolani about what else his kids love. He shared, “My kids are into soccer. So we play travel soccer. We play soccer in the backyard all the time. And so that's what they love to do. I'm in.” Watch! 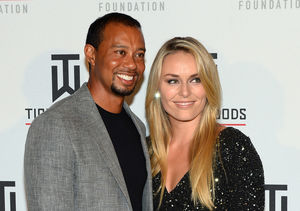 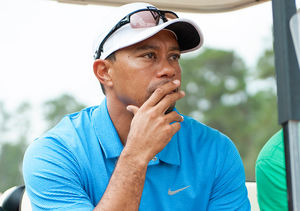