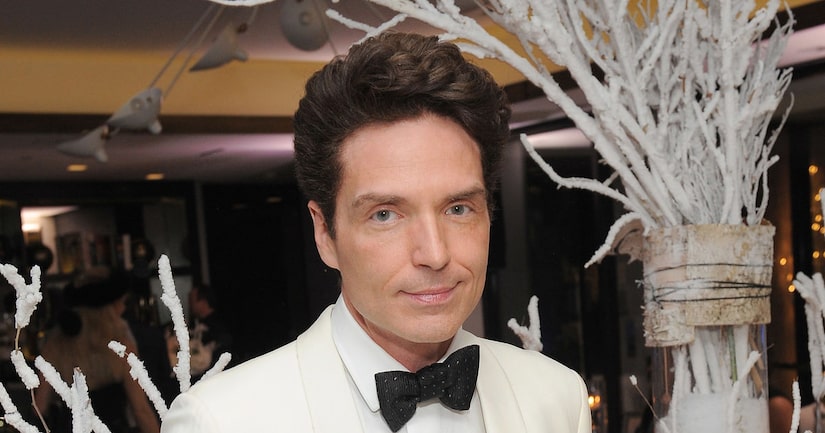 Marx took matters into his own hands when he witnessed another passenger becoming violent with flight attendants and passengers on a flight from Hanoi to South Korea. Marx's wife Daisy Fuentes saw everything that happened since she accompanied him on the trip. She shared on Instagram, "When he started pushing the female staff and pulling them by the hair @therichardmarx was the first to help subdue him. This went on for FOUR hrs."

Another passenger also captured video of the disruptive passenger, who was spitting and kicking on the plane. Watch!

After the incident, Marx called out Korean Airlines, writing on Facebook, "We have video of entire chaotic and dangerous event. My wife and I are safe but one crew member and two passengers were injured. The all-female crew was clueless and not trained as to how to restrain this [man]… [The passenger] was only initially subdued when I and a couple other male passengers intervened. He then later easily broke his restraints and attacked more crew and another passenger. When we landed in Seoul police boarded the plane. Heading home to Los Angeles soon but Korean Air should be sanctioned for not knowing how to handle a situation like this without passenger interference."

He emphasized that the airline was "completely ill-equipped to handle potentially deadly situation. Passenger mentally unhinged attacking crew and passengers #480.”

Richard told ABC News after flying into LAX, "You know, anybody would've done the same thing. It was just chaos. He was attacking passengers. We were trying to calm him down, he was whacked out.”

Though Korean Air confirmed that there was an unruly passenger who was subdued and turned over to police “according to response protocol," they did not comment on Marx's criticism.