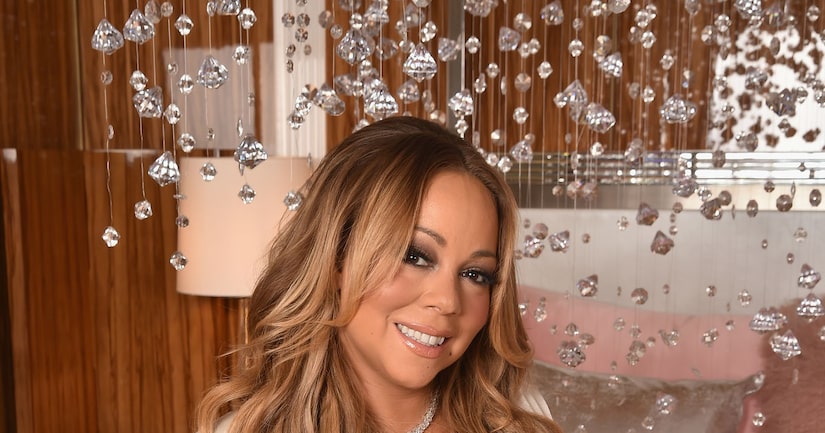 When hearing that Ariana Grande was being compared to a younger version of her, Mariah responded, "I don't know when early in the career was… Honestly I'm not familiar, I listen to hip-hop more than I listen to pop music.”

Along with Ariana, Mariah also defended herself against Demi Lovato, who called her “nasty” for her feud with Jennifer Lopez. Carey said, "I don't know her, either, and so I wouldn't say anything to her. She should come up, introduce herself to me, say, 'Here is my opinion, what do you think about it?' That's how you handle sh*t.”

Aside from Ariana and Demi, Carey had positive responses to Lady Gaga, Katy Perry, Taylor Swift and Britney Spears. Of Gaga, the pop diva said, "She came to my show, she was very sweet. She came to the Christmas show at the Beacon Theatre and we had a nice conversation… We've met… I enjoyed the moment.”

Carey decided to play coy when asked about her relationship with backup dancer Bryan Tanaka, who accompanied her to the taping. She said, “I want people to watch the show because honestly, I don't want to go into it, but when something is real, and it's a beautiful thing, you don't want to trash it up. It is what it is.”

Though she didn't say much about Tanaka, she revealed, "I'm not used to dating. I really am, like, quite virginal.” 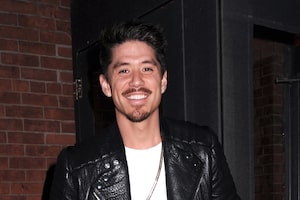 Mariah Carey’s Rumored BF Bryan Tanaka Dishes on Their Relationship: ‘I Love Her So Much' 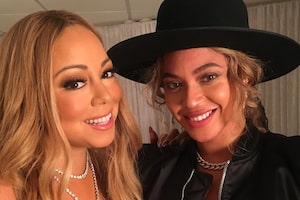 Divas Together: Beyoncé & Mariah Carey Have a Playdate for Their Kids 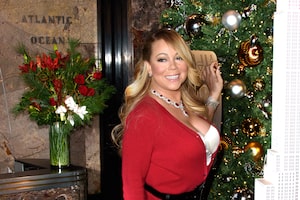 Who Is Mariah Kissing Under the Mistletoe on Christmas?