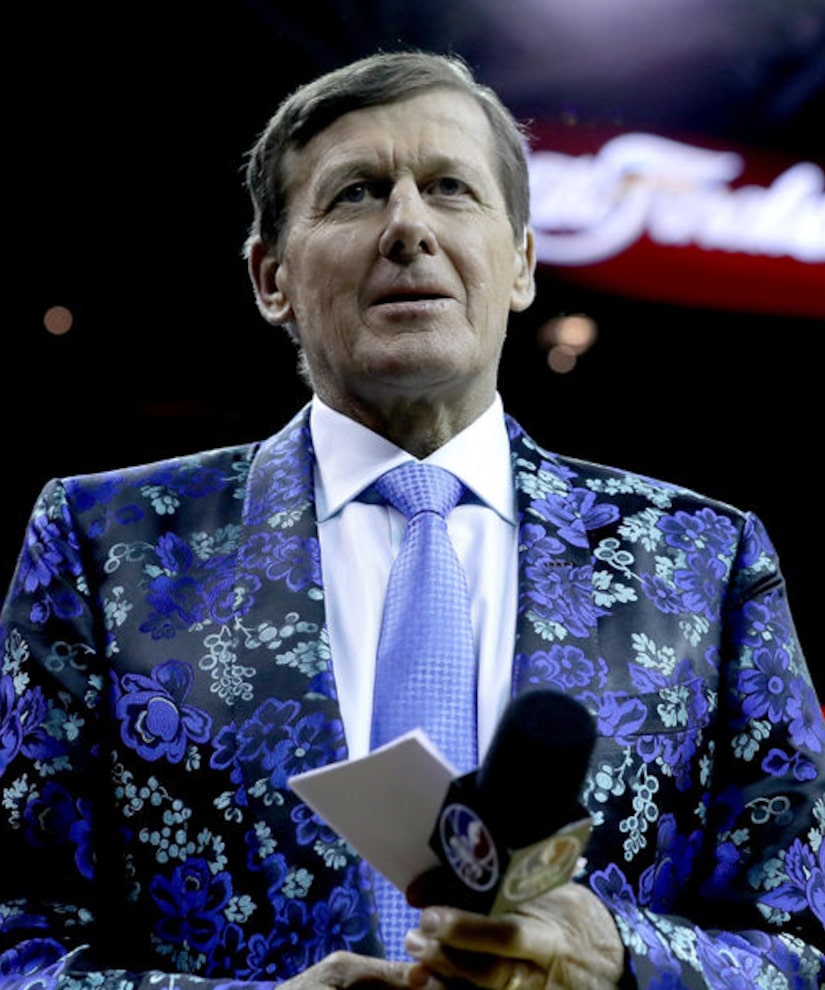 Longtime sports broadcaster Craig Sager has died at the age of 65. The TNT reporter had been battling acute myeloid leukemia since 2014.

Sager covered an array of sports events over his nearly 40-year career, but the NBA was his main home.

As soon as he stepped on the basketball court, baseball field or appeared at any athletic event, his presence was felt — and definitely seen. Always dressed to the nines in flashy and brightly-colored suits, the Hall-of-Fame sportscaster was certainly one of the best in his field.

David Levy, President of Turner Broadcasting, released a statement today saying, "Craig Sager was a beloved member of the Turner family for more than three decades and he has been a true inspiration to all of us. There will never be another Craig Sager. His incredible talent, tireless work ethic and commitment to his craft took him all over the world covering sports.

After his diagnosis, the Hall-of-Famer took some time off to focus on his health.

In 2016, ESPN presented the sportscaster with the Jimmy V Perseverance Award at the 2016 ESPYS. Wearing a bright yellow and pink rose printed suit with a rhinestone embellished tie, he accepted the award from Vice President Joe Biden, who called him, “A man of courage and loyalty with a hell of a team behind him."

While accepting the award, Sager said, “I am confident one day soon, we will wipe out cancer… whatever I might've imagined a terminal diagnosis would do to my spirit, it's summoned quite the opposite – the greatest appreciation for life itself… So I will never give up. And I will never give in. I will continue to keep fighting, sucking the marrow out of life, as life sucks the marrow out of me. I will live my life full of love and full of fun. It's the only way I know how.”

Craig Sager brought so much enthusiasm to the NBA game. But his fight to the end is what really impressed me. RIP to an inspiring man.

Rest In Peace Craig Sager... Thank you for all your kind words and for showing the true meaning of the word strength.

Rest In Peace, Craig Sager. What a valiant and inspirational fight. May his good work continue as his legacy. Prayers for all loved Craig.