Months before their separation announcement, “Flip or Flop” stars Tarek and Christina El Moussa were dealing with marriage problems.

E! News reports that the two would spend time away from each other during filming breaks and would not speak to each other off camera. Whenever they wanted to communicate, they would ask others to relay messages for them.

Tarek and Christina were reportedly living separately since their altercation in May, when he was found with a firearm at Chino Hills State Park. According to the police report, Tarek said he wanted to “blow off some steam” and had no intention of harming himself.

The two have reportedly been seeing other people, with Christina being romantically linked to a "fellow design industry professional.” Though they are dating, a source told People magazine that infidelity was not the reason for their split.

Despite the separation, they are trying to maintain a civil and working relationship. In a statement, they said, “During the process, we are committed to our kids and being the best parents we can be. We will continue to work through this process civilly and cooperatively, and plan to continue our professional life together.”

After the announcement, HGTV added, "HGTV is currently airing episodes of 'Flip or Flop' and the series will continue production as scheduled."

Since the split news broke, Christine was spotted wearing a "Pink champagne, can't complain" sweatshirt while doing some shopping at a mall in Yorba Linda. 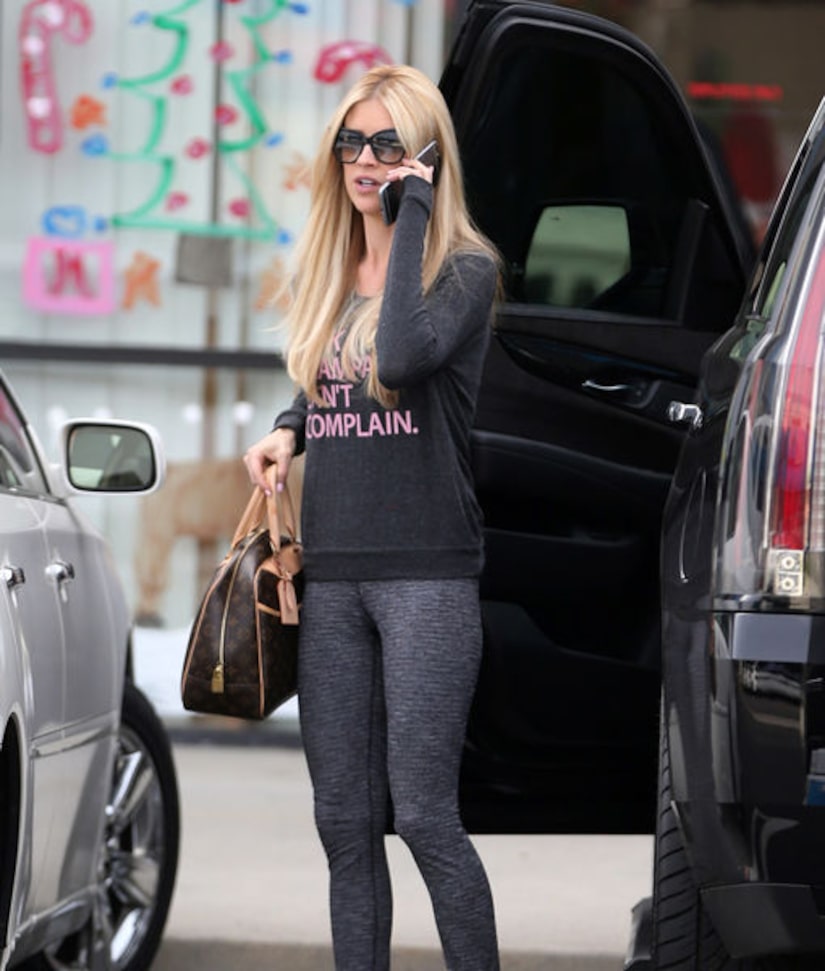 The pair were married for seven years and share two children — daughter Taylor, 6, and son Brayden, 1.