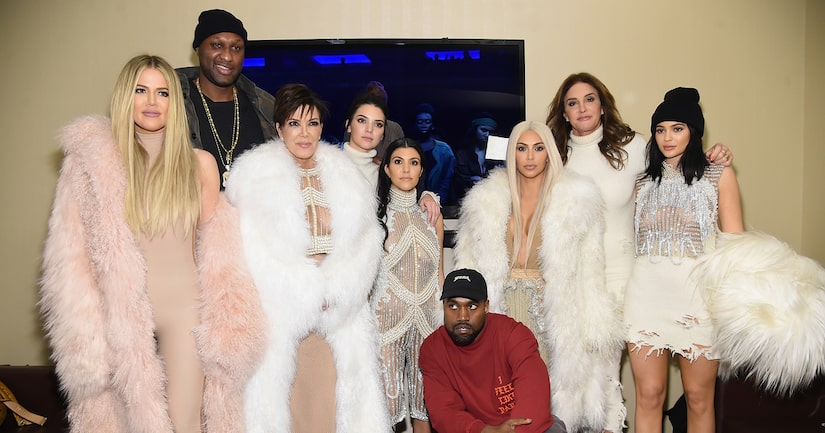 Though Kim Kardashian has remained by Kanye West's side during his hospitalization, her family appears to be distancing themselves from the situation.

Aside from Kim, no other Kardashian has reportedly come to see West, who was admitted to UCLA Medical Center last week. A source revealed to X17, "The whole family's pissed at Kanye and they have been for a while. This all started before he had his breakdown, before he was hospitalized. I'm not sure if it's just his erratic behavior the past few months or what, but they all have a beef with him.”

A month ago, there were no signs of conflict when several of Kim's family, including Kris Jenner, Kendall Jenner, and Kourtney Kardashian attended his concerts in Los Angeles. Kanye and Kim also made a low-key appearance at Kendall's 21st birthday earlier this month.

The family's choice not to visit Kanye is quite the opposite of what they did for Lamar Odom. When he was found unconscious in a Nevada brothel, Kourtney, Kris, and his estranged wife Khloé Kardashian all rushed to his side. Odom was also visited by Kim and Kanye.

Kanye's hospitalization came just a day after he canceled his Saint Pablo tour. A source told X17, "Kanye's still not off the hook for the rest of those concert dates that were canceled. They had to refund tickets, so the company wants Kanye to add dates to make the money back."

Before the tour was canceled, Kanye and Kim were reportedly fighting, according to Us Weekly. Another insider revealed, "He would be up all night ranting about things. They were fighting because he was impossible to live with."