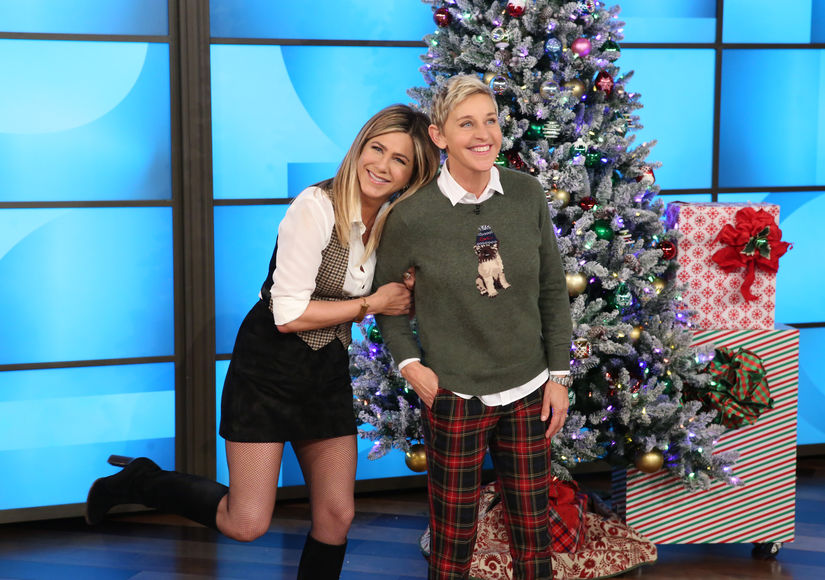 On Tuesday, actress Jennifer Aniston made an appearance on “The Ellen DeGeneres Show,” where she discussed those constant rumors surrounding her.

In July, Aniston wrote a Huffington Post piece in which she slammed tabloids for reporting that she was pregnant. Of the piece, she said, "I was just fed up with it and I think these tabloids, all of us, need to take responsibility on what we ingest into our brains. Just because we are women, we have a uterus, we have a vagina, we have ovaries, we need to, like, ‘Get to work, lady!' As opposed to, ‘Hello… Freedom Medal.' We as women do a lot of incredible things in this world other than just procreate, and not that that is not… We just get boxed in. They love the narrative, they love the story, they love the 'she’s jealous of this person,' and 'she’s depressed,' and ‘oh, my God she’s never going to have a…' Whatever the horrible little headline is, we’ve just got to break out of that." Watch!

Jennifer also had a positive message despite being tabloid fodder. She shared, "We have to stop listening to them, we have to stop buying them because we have to support each other, especially at this time, to love each other, to support, and to be proud of women whatever your choice is in life. It’s up to us what makes us happy and fulfilled.”

Speaking of positive, Jennifer also chatted about how her husband Justin Theroux surprised her on Thanksgiving. She revealed, "Everyone came to the house and no one really understood that Justin was not going to be there. You just saw everyone’s face start to fall. The whole room was depressed. I was like, ‘Guys, I’m here!’”

"Then salads came out and everyone was just very somber and next thing you know, turkey walks in and there was another turkey holding that turkey. That was my hubby. He came in with the turkey,” Jennifer continued.

Though she’s never been a fan of social media, Aniston made her Snapchat debut on the show! Before her interview, she took a selfie and did a duck face, which was posted on Ellen’s Snapchat account. 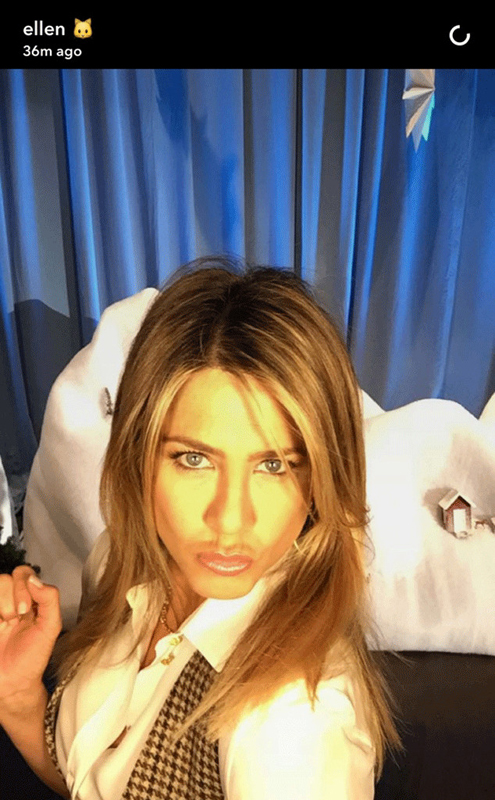 The 47-year-old was on the show to promote her new movie "Office Christmas Party." 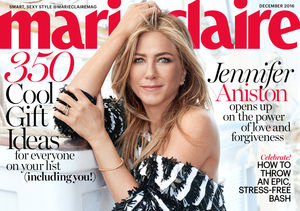 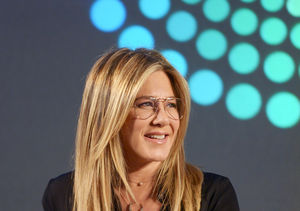 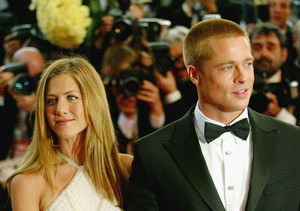