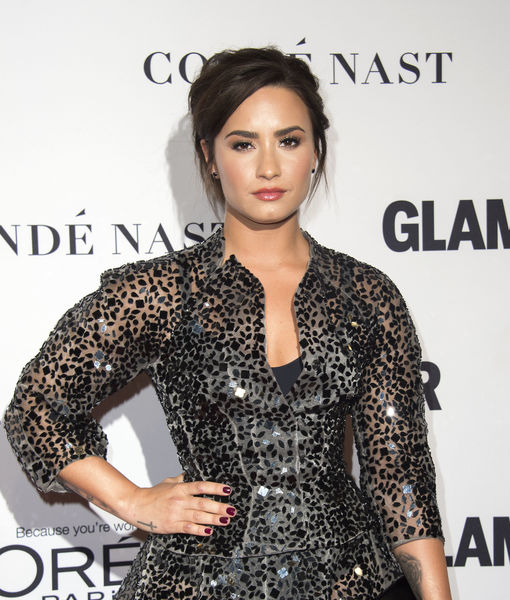 In the past, Demi Lovato has been candid about her struggles with drug addiction, bulimia, and mental illness. The pop star sat down with “Extra’s” Renee Bargh and opened up about being one of the more than 12 million Americans living with bipolar disease.

The diagnosis came when she was 18 years old. Now 24, the “Confident” singer is helping raise awareness for the disease with the Be Vocal campaign. “By keeping me accountable for my mental health, making sure that I’m taking care of myself, making sure I am raising my voice for other people, it has had a positive impact on me.” She added, “It represents something that I have, it doesn’t represent who I am.”

She shared that she believed the biggest misconception about being bipolar is "you’re fine one minute and then you’re not fine the next minute, and in reality, that’s not how it works… There’s a lot of negative stigma when it comes to discussing mental illness in America.”

Looking happy and healthy, Demi recently posted a pic of herself and rumored boyfriend UFC fighter Luke Rockhold on social media. She told Renee, “Yes, that was a lot of fun.” Saying she has been a longtime fan of the sport, Demi admitted, “I train MMA whenever I work out.”

While she is technically on a break from her career, Demi also broke the news that she is working on new music! “I’m in the studio right now,” she confirmed. "I don’t know when I’ll release it — I’ll release it when it’s ready.”

She is also busy with "Be Vocal” newest project, a collection of photos documenting real people living with mental-health conditions. As for what she hopes people will see with the campaign, she said, “There is a possibility of living well with mental illness. You can maintain daily life… Hopefully, with these images, they’ll replace the negative images that are out there today.” 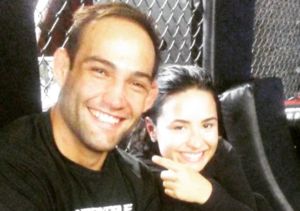 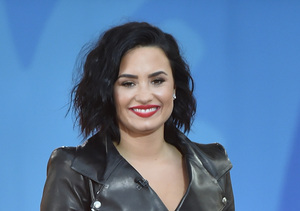 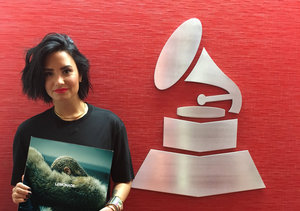