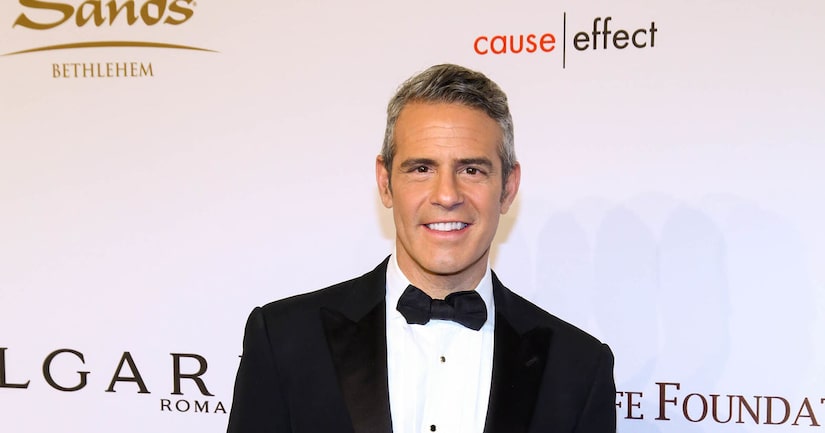 It's a big day for Andy Cohen… the Bravo star was named of one People magazine's Sexiest Men Alive, and his newest tell-all book, “Superficial,” is out!

“Extra's” AJ Calloway caught up with Andy at our H&M Studios in Times Square, where he dished on all the juicy stories in his book.

He teased, “It's a diary of two years of my life.” The book is chock-full of celebrity and personal stories... I name so many names in the book, but if you really look at it, I'm the moron, I'm the one that's putting my foot in my mouth.”

Some of the stories are about his famous BFFs, including Sarah Jessica Parker and Kelly Ripa, who is "in it a lot.”

On who should take the co-host seat next to Kelly, Cohen commented, “Anderson's out 'cause he just re-signed at CNN, I think Jerry O'Connell... and Chris Hardwick was really great the other day.”

He revealed that he had a top-secret lunch with Teresa Giudice before she went to prison. “It was a really emotional lunch, I don't think either of us knew if we were going to see each other again. You didn't know what was in store; whether she was coming back to the show... we got a lot off our chest that day.”

While Giudice was behind bars, the two were still exchanging email, and one exchange made it in the book. “It's pretty funny.”

He went on, laughing, “I'm still gay.” Though he says that “it was the best story,” his mom came on the set to give her two cents with a simple “T.M.I.” Andy added, “That's what she says about the whole book.” 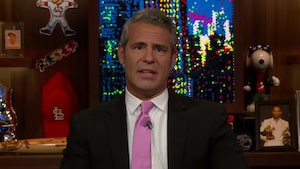