“Extra's” Renee Bargh caught up with Gigi Hadid as she gets ready to walk her second Victoria's Secret Fashion Show and host the American Music Awards.

As for how she is getting her body ready for the barely-there ensembles for the fashion show, she told Renee, “A lot of squats and eating my carbs… My butt is what I'm working on for the last two weeks — need to get it perkier.”

Gigi's younger sister Bella will be making her debut in the show this year. “For us to be able to do it together is insane.” The show will also feature her BFF Kendall Jenner. “I didn't get Kenny with me during fashion month cause she took some time off, so this will be out first show together in a while.”

Along with the fashion show, Hadid is getting ready to rock the stage as host for the AMAs, where she plans to have between five and 10 outfit changes. She said she can usually tell what she wants to wear pretty quickly, saying, “I'll only put outfits on stage that I'm really excited to wear.”

Before the two shows, the 21-year-old is hoping to get some sleep. “As long as I'm relaxed it goes well, I try not to get myself worked up.”

The model gushed about her boyfriend Zayn, who recently went public with his battle with anxiety. He shared in his new autobiography “Zayn” about his possible eating disorder because he wanted to “let people know that it's okat and it's not unmanly to feel those things.” Gigi said, "He's so amazing and he is working every day to progress and learn more about himself and what truly makes him happy.” 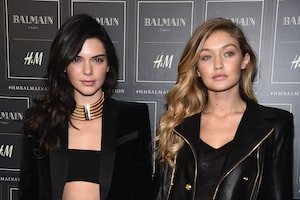 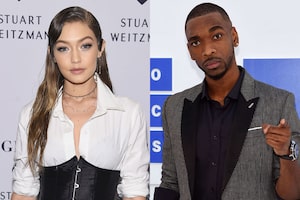 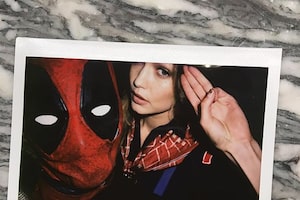 Gigi Hadid Has All the Secrets from Taylor Swift’s Halloween Fête!