After a 108-year World Series drought, the Chicago Cubs can pop the champagne and celebrate their historic Game 7 win over the Cleveland Indians. 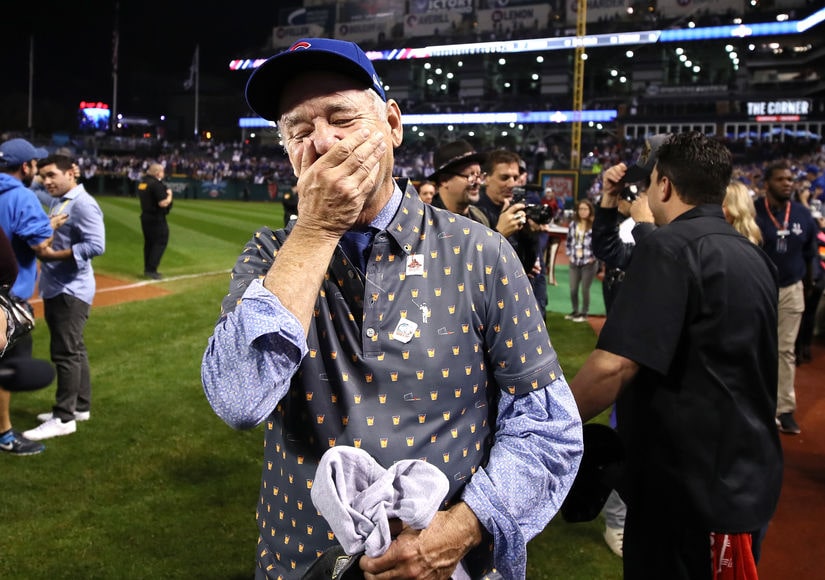 The ratings for the 10-inning game were off the charts for FOX. In fact, it was the most-watched telecast, excluding presidential debates, since Super Bowl 50 last February. FOX announced the dramatic contest brought in more than 40 million views.

Democratic presidential nominee Hillary Clinton intently watched the game on her iPad, then posted her elation on Twitter following the victory: “They did it! 108 years later and the drought is finally over. Way to make history, @Cubs. #FlyTheW -H”

They did it! 108 years later and the drought is finally over. Way to make history, @Cubs. #FlyTheW -H

Many other celebrities, athletes, and politicians shared their enthusiasm and tributes to the World Series champs. Check out their reactions!

I would watch 10 more hours of grown men weeping. So much ❤️. CONGRATS CHICAGO!!!!

I'm not saying I'm a huge baseball fan, but that game was historic. Congrats @Cubs & @Indians and your amazing fans! #WorldSeries

It happened: @Cubs win World Series. That's change even this South Sider can believe in. Want to come to the White House before I leave?

Only off by a year, not bad. Congrats @Cubs. This is so heavy. #FlyTheW

Congratulations Cubs! Great season Cleveland! Midwest rules! Amazing game. Thanks for the distraction we all needed this week!

"Extra" caught up with actor Joe Mantegna and his wife Arlene at their restaurant, Taste Chicago in Burbank, CA, after the Chicago Cubs won the World Series. Watch! 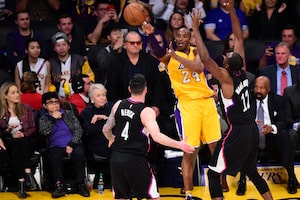 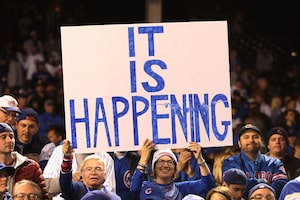 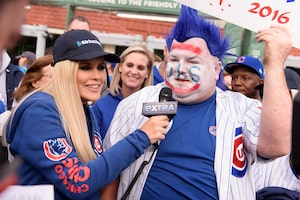