In 2014, Kesha sued Dr. Luke, alleging that he had drugged, raped, and emotionally abused her. Her wish was to be released from her contract. Dr. Luke countersued for breach of contract and defamation of character. In the latest article, Kesha speaks out against the alleged abuse, telling the publication that she was “under immense pressure to starve myself, and I tried to and almost killed myself in the process.”

Because of the ongoing legal issues, and being locked in to the contract, Kesha's collection of 22 new songs that's ready to be released must sit on the shelf until things are ironed out.

In response to the New York Times article and Kesha's allegations, Dr. Luke's lawyer, Christine Lepera, had the following to say to Gossip Cop about its “many inaccuracies”: “This article is part of a continuing coordinated press campaign by Kesha to mislead the public, mischaracterize what has transpired over the last two years, and gain unwarranted sympathy.” Lepera went on to state, “It was entirely [Kesha's] choice not to provide her label with any music,” adding, “Kesha was always free to move forward with her music, and an album could have been released long ago had she done so.”

Lepera added, “Kesha's claim in the article that she has no ability to earn money outside of touring is completely rebutted by well documented public court records which apparently escaped the article's attention.” Dr. Luke's attorney responded directly to the New York Times telling them that the rape and abuse allegations are “horrific” and “simply not true,” and that Kesha's entire lawsuit was filed for “contract negotiation leverage,” and the singer “never intended to prove her claims.” She summarized that, “Nevertheless, [Kesha] continues to maliciously level false accusations in the press to attack our client.”

Kesha attended the Halloween bash wearing a black suit adorned with a skull, crossbones, a star, heart, and rainbow fringe on the sleeves. She also performed a set that included her hits, “TiK ToK,” “Die Young,” “Timber,” “We R Who We R,” and “Blow.” 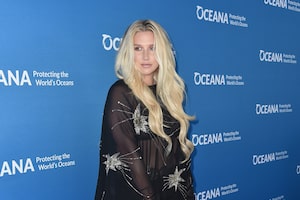 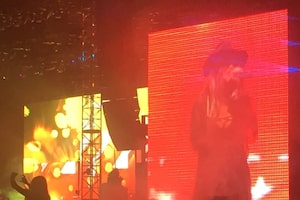 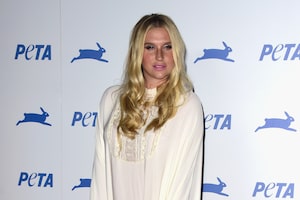