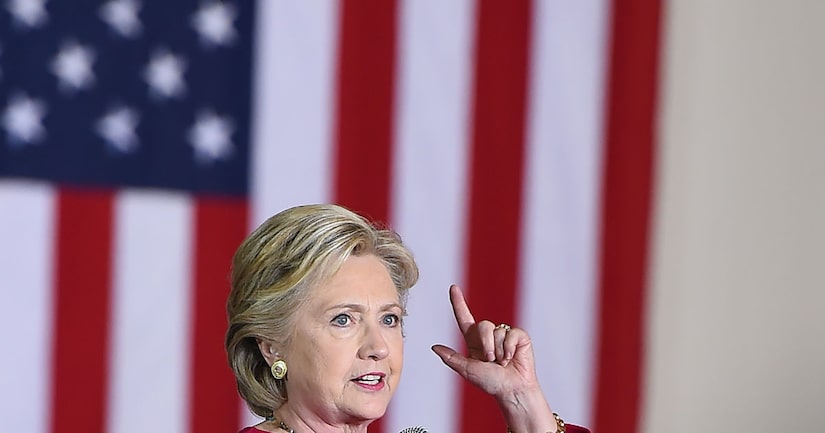 With only 12 days till the election, Democratic nominee Hillary Clinton is getting candid — and emotional — with “Extra's” AJ Calloway.

Clinton opened up about losing her mom Dorothy five years ago. Clinton revealed the best advice her mom gave her, which she has passed down to her own daughter Chelsea. “Two things my mother said to me… she said, “Everybody gets knocked down, that's gonna happen to you and everybody else, who lives more than a minute. The question is, 'do you get back up and you get back up, having learned something, being ready to go back out in the world' or 'do you get back up, kind of bent over and feeling low' and she said, 'get back up, stand tall and go back out.'”

Hillary went on, “She also said that I had a choice every day: I could be the lead actor in my own life or I could play a supporting role in somebody else's, because when you're growing up, you have so many different friends.. that kinda pull you into doing things... sometimes you think better of it after it's over… and she was always saying, 'Hey, are you the lead actor in your life or are you playing in somebody else's drama here?' and I told Chelsea that. I tell a lot of young people that I know and work with those two pieces of advice.”

Clinton reiterated she is doing everything she can for the country, saying, “I feel like this is our campaign… my name may be on the ballot but everything we care about... Most importantly, our kids... and in my case our grandkids...”

AJ also had a little fun with the former Secretary of State, giving her a little “Rapid-Fire Quiz," starting with her granddaughter Charlotte. Hillary went on to say her favorite book to read to Charlotte is “'Chugga-Chugga Choo'Choo' because I love saying it. So when I FaceTime with her, I always go, ' hugga-chugga choo-choo, Charlotte.' Puts a big smile on my face wherever I am.”

As for what the 69-year-old does to relax, Hillary answered, “I sleep! Sleep, a much-underrated form of relaxation.” She added, “I do yoga, I like to take walk, I do try to keep up with TV with the shows we like to watch, my husband and I will try to catch up on those.” She also enjoys some good television, saying, “Well, I'm kinda into 'Madame Secretary,' for good reason.”

And of course, “Extra" couldn't let her go without a little gift — the presidential candidate told Ellen DeGeneres she was desperately looking for a phone case with light around the edges like Kim K used for selfies. At the end of the interview, AJ presented her with her very own. She gushed, “You have made my year, not just my day or week. Oh, my gosh, this is life-changing.”