“The Real Housewives of New Jersey” star Teresa Giudice is burying the hatchet with one of her former frenemies!

On Thursday, Giudice posted an Instagram pic of herself enjoying a yoga session with Danielle Staub, and it was one reunion many fans were not expecting. The two were known for their spats on the show's first two seasons, almost getting into a catfight at a fashion show. She wrote, "Leaving the past in the past and moving forward with only positive vibes. Looking forward to the future.”

Staub responded to Giudice's photo, writing, “It was so nice seeing you. Just like old times... great talk we had over Jamba Juice!”

As for what sparked the surprising meet-up, Giudice is crediting “Watch What Happens Live” host Andy Cohen. She shared to "The Daily Dish” last night, “Well, actually Andy was the one who got the whole spark going. He asked me about [Danielle] at the reunion, so I DMed her on Twitter and she answered me back, and she said, 'You want to get together?' and I said, 'Do you do yoga?' and she said, 'Yes,' and then we just met at a yoga studio, and we did some yoga together.” Watch!

When asked about their conversation, Teresa said, "We talked about a lot. Not too much, because I had to go, but it was good. We aired some stuff out."

We'll have to wait and see if Staub returns to “The Real Housewives of New Jersey,” which airs Sunday nights on Bravo. 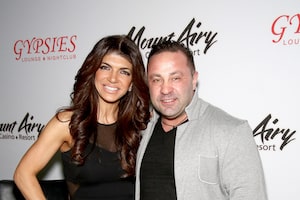 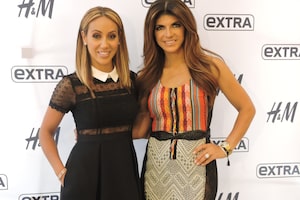 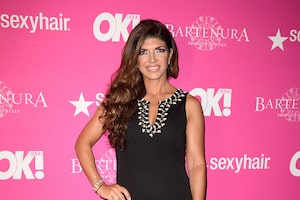