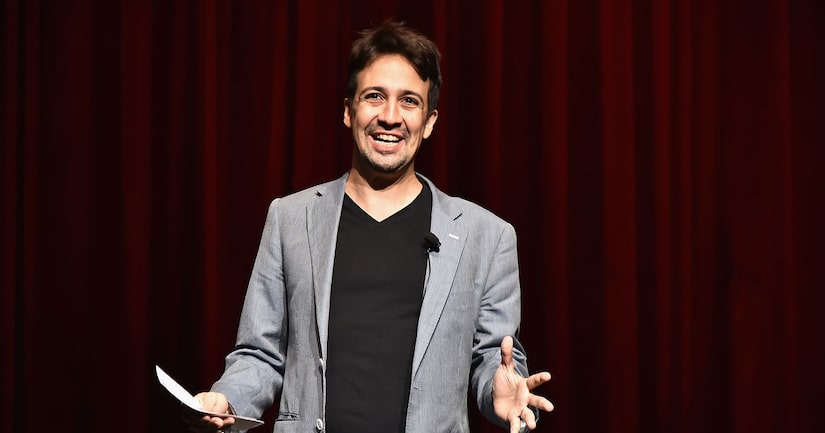 “Hamilton” star Lin-Manuel Miranda is getting ready to take on another stage… hosting “Saturday Night Live” this weekend!

“Extra's” AJ Calloway was with the Tony and Pulitzer Prize winner today as he prepped.

The star talked about ditching his Broadway locks after leaving “Hamilton,” saying he is happy with the new 'do.

“I have a half hour of my life back that I'm not looking for hair ties or waiting for my hair to dry,” he joked, adding, “It's a lot easier to take the subway… for awhile, when I had the hair… I was getting a lot of people talking to me my whole ride. I like to, you know, have the headphones and give money to the break dancers and, you know, I just want to, like, chill.”

Manuel has had many accomplishments, but he is still humbled by it all, including this weekend's big gig. “This is dream come true status, this is once-in-a-lifetime stuff.” He admitted that while he is used to being in front of a live audience, he is still nervous. “All nerves, I mean, I spent seven years writing 'Hamilton.' We started writing this on Tuesday, and this is going to be seen by more people in one hour and a half than will see 'Hamilton' for the next five years. So yeah, nerves.”

Lin said he's a huge fan of “SNL.” “I've been taping this show, you know... I memorized that Eddie Murphy 'Best Of' VHS… I remember the 'Gumby Dammit' and 'Mr. Robinson's Neighborhood.' I mean, all of them. He ran this show for a couple years, so you know there's a lot of history in these halls.”

He was also thrilled to be impersonated on last week's premiere. “When Cecily [Strong] busted out the impression of me, it was like, amazing.” Miranda is also a big fan of Alec Baldwin's take on Donald Trump. “Yeah, it was great. He was great." 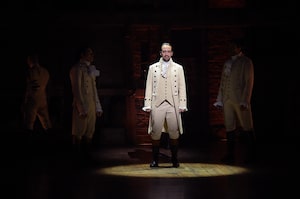 How Lin-Manuel Miranda Kept Himself Busy Before Pulitzer Prize Announcement Lin-Manuel Miranda Says Good-bye to 'Hamilton'... and to His Long Hair 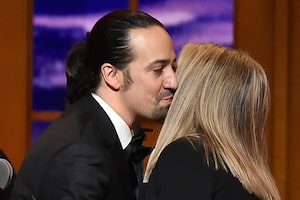 Complete List of Tony Winners, Plus: Did 'Hamilton' Break a Record?