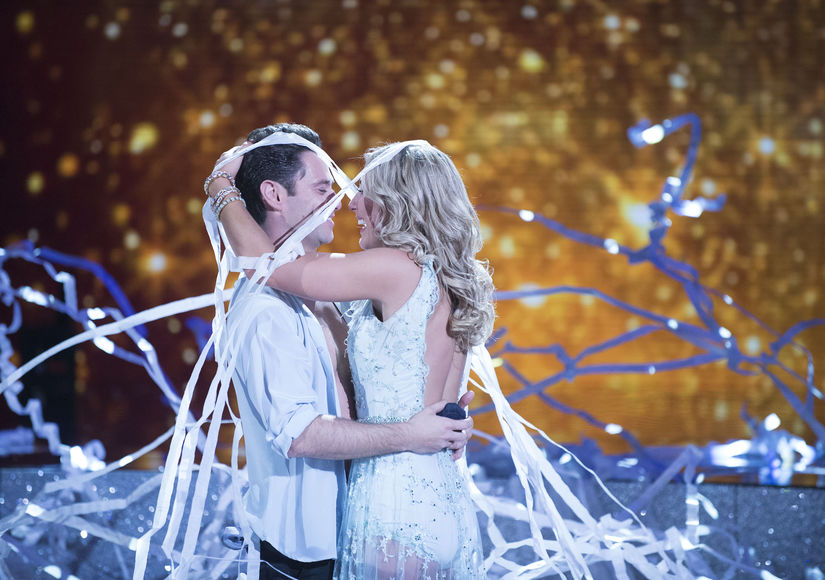 A surprise proposal in the “Dancing with the Stars” ballroom! Sasha Farber popped the question to fellow pro-dancer Emma Slater during the show.

The couple actually danced together to Bruno Mars’ “Just the Way You Are” moments before he asked for her hand in marriage, with a vintage pink sapphire stunner in his pocket the entire time!

It's 7am here and I am standing in my garden doing this. I can't believe that's my finger wearing the second most beautiful thing I've ever seen!! The sapphire in this literally changes colour in different lights, I've never seen anything like it, I'm so unbelievably in love with it! I've always been a coloured stone person, and I just can't believe this is my engagement ring (BTW the first most beautiful thing is also featured in this video 😍) @sashafarber1 #EshaEngaged #Sapphire #ILoveMyFiance 💍💍💍💍

Sasha told Emma he’s “wanted to do this for such a long time,” and Emma didn’t hesitate to accept the proposal.

“Extra” caught up with the happy couple backstage after the show.

Emma gushed, “I feel like I’m walking on cloud nine, I haven’t really comprehended what’s going on to be honest… it was just the most amazing day of my life.”

At least she can relive every moment on YouTube! “ I can’t wait to watch it back. I think I will watch it hundreds of times. I will rack up millions of views on YouTube watching that… it really meant a lot because everybody was there that we see every day. They get to know you, they become your family, so it was sharing it with people who really genuinely are excited for your and it just magnified it. I think that was the most perfect way to do it.”

Sasha said he was trying to keep his cool before the big moment. “Usually me and Vanilla are like mucking around, joking around, this time he’s like, ‘Dude are you alright?’ I was in the corner with the ring in my pocket about to go on, going yeah, ‘Yeah, everything’s going to be alright. It’s cool.’”

Emma asked Sasha what he would have done if she had felt his bum before the dance and noticed the ring in his pocket. He admitted that almost happened! He told her, “You nearly did and I just grabbed your hand… I was going to say it was a mic pack.”

Farber added that he had a little help picking out Slater’s new bling. “She went shopping with her sister, and then her sister told me, and I was like ‘Okay, I’ve got to get this because she’s very particular in what she likes.’”

They said the wedding could be a “Dancing” party with friends from the show like Vanilla Ice and Rick Perry!

Later, Farber shared the moment on Instagram with the caption, "She said yessssssssss. one moment in my life I will cherish for ever!!!!”

She said yessssssssss 💍💍💍 one moment in my life I will cherish for ever!!!! @dancingabc

Slater also tweeted, “What a whirlwind couple of hours this has been! I'm so crazy in love I can't believe it's true!” 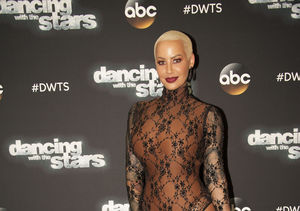 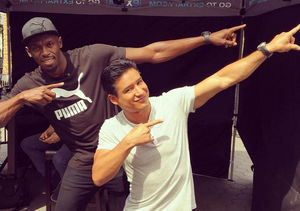 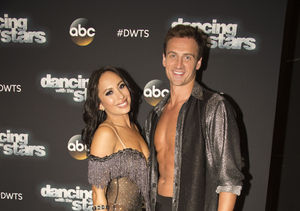