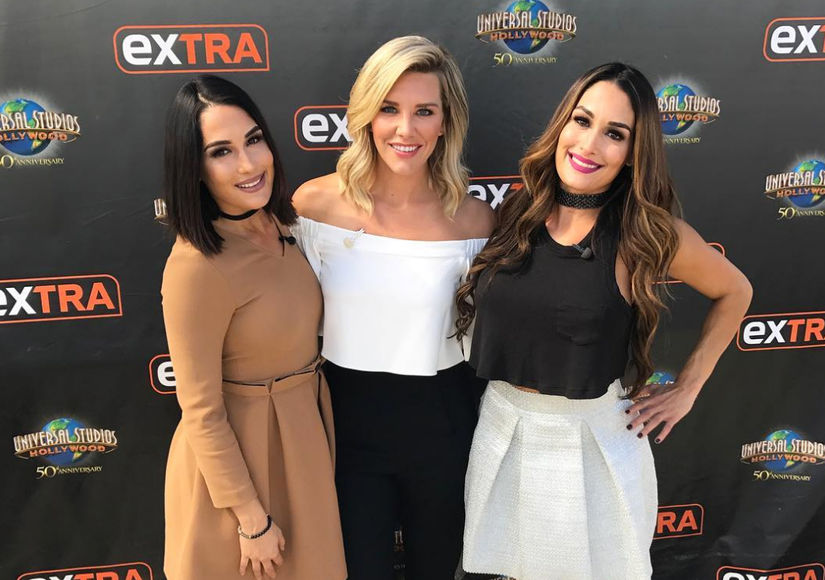 The women, who rose to fame in the WWE and appeared in the hit E! series “Total Divas,” will star in the new show alongside their significant others, John Cena and Daniel Bryan, with all four living under one roof.

Nikki and Brie dished on what fans can expect from the show, and Brie and Daniel’s efforts to start a family.

Brie revealed John is the rule enforcer, “It’s actually John, but she (Nikki) was a part of it. Bryan and I are so laid back, but we’re like, ‘Okay, we’re going to hell,’ Nikki just had neck surgery, John had shoulder surgery, so we walked in and there was all these rules.”

Brie went on, “It was like military style, like make your bed, no shoes in the house.” Charissa asked, “But did you guys grow up like that, though?” Nikki replied, “Yeah, we always made our beds.” Brie, “But we never had to.”

Their love lives are also on full display. Nikki said John is open to marriage. “I’m just waiting for the ring.” Of course, he is one busy guy and rumored to be on the short list for taking Michael Strahan’s seat on “Live with Kelly.” Nikki said, “I actually think he would do amazing because even when you see him host the ‘Today’ show, he’s so natural in front of the camera… I feel like he’s amazing at all that stuff, so Kelly, if you're smart, you would have John.”

Meanwhile, Brie and Daniel are focused on starting a family. “A lot of babymaking… I thought I retired, but I feel like I’m working harder.” She said that after a lot of struggles for Daniel, due to his health issues and having to retire, he is in a better place now. “He was at the height of his career and it got taken away. Now, he is Smackdown GM, he is hosting a show… you see someone that really fought depression, was having a meltdown and then now all these positive great things have happened to him.”

Brie retired as well, but she’s not ruling out a comeback. “As a woman wrestler, you can’t take back bumps and have a baby bump.” Saying after she has her first baby she wants to wrestle again.”

The girls also teased what you will see on tomorrow night’s premiere. Nikki said, “My neck surgery, which is very crazy.” Brie added, “John laying down the law and all the rules… and how incredibly uncomfortable it is for my husband to make love under the Cena household.”