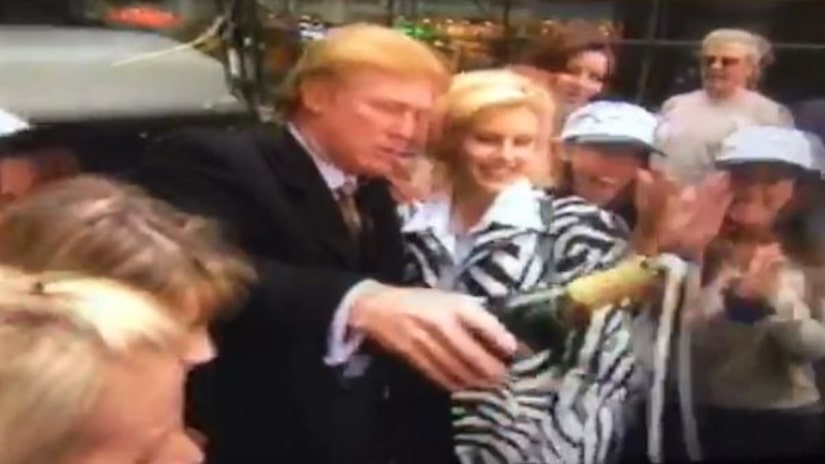 Those who live in glass casinos should be careful about throwing stones! It turns out Donald Trump, not Alicia Machado, is the one who has appeared in an adult movie... but it's not quite as bad as it sounds.

At the first presidential debate between Hillary Clinton and Donald Trump on Monday, Clinton brought up the story of Alicia Machado to embarrass Trump. Machado became Miss Universe the first year Trump owned the contest, and then put on some weight (she says 18 lbs., he says 60), which led to Trump inviting the media to watch the 19-year-old work out, and also allegedly led to him calling her names like "Miss Eating Machine."

Using Alicia M in the debate as a paragon of virtue just shows that Crooked Hillary suffers from BAD JUDGEMENT! Hillary was set up by a con.

In a controversial Twitter rant in the wee hours of Friday morning, Trump blasted both Clinton and Machado, writing, among other things, "Did Crooked Hillary help disgusting (check out sex tape and past) Alicia M become a U.S. Citizen so she could use her in the debate?"

Since then, Trump and his surrogates have mocked Machado for her racy past, including posing for Playboy and making an appearance on a Spanish reality show, where she had a fling while engaged. 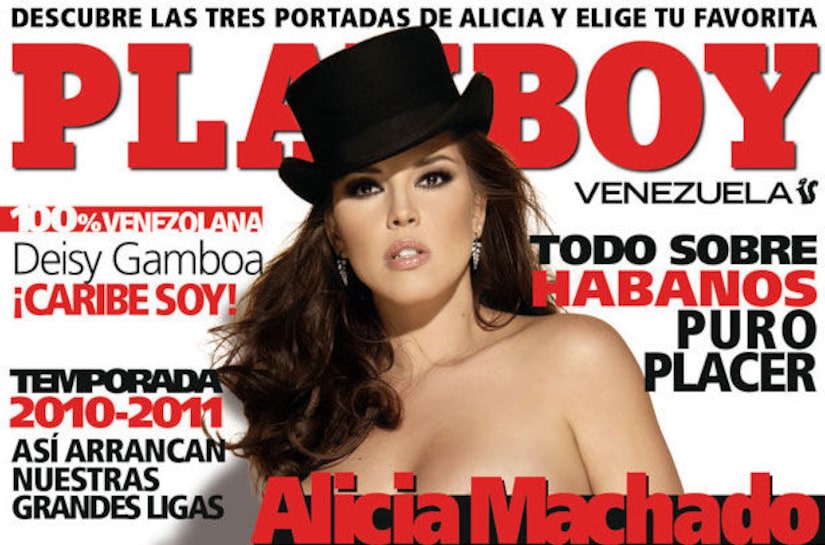 Trump's allegation that Machado has a "sex tape," however, has not panned out, and a pornographic video often identified as starring Machado actually features adult actress Angel Dark.

Meanwhile, Buzzfeed unearthed a scene from a sexually explicit Playboy video from 16 years ago called "Playboy Video Centerfold" in which Trump appeared. In the softcore-porn flick, he breaks a bottle of champagne on a limo in front of several Playboy models visiting the Big Apple. His line? "Beauty is beauty, and let's see what happens with New York."

Let's see what happens with the ongoing war of words between Trump and Machado!

For her part, Machado has said Trump's body shaming made her not "want to go out anywhere. I was all the time in the bathroom. That was horrible." In a widely viewed Instagram message posted Thursday, she thanked her fans, writing, "When I was young, the now candidate, humiliated me, insulted me, disrespected me both publicly and privately in the cruelest way. The same way this happened to me, it's clear that throughout the years, he's continued his actions and behavior with other women. Therefore, I will continue to stand on my feet, sharing my story and my absolute support for Secretary Clinton, on behalf of all women -- my sisters, aunts, grandmothers, cousins, women within the community." 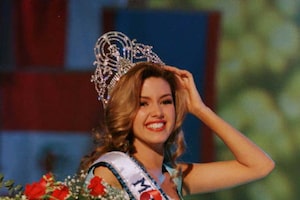 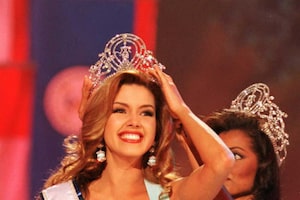 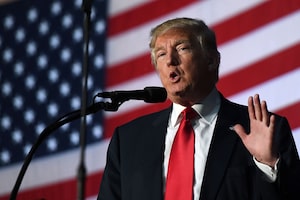 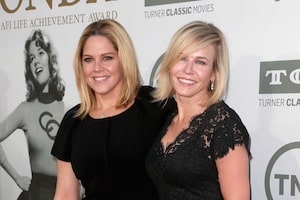 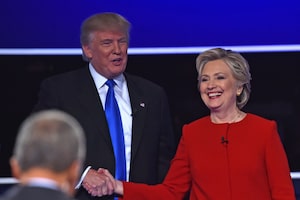 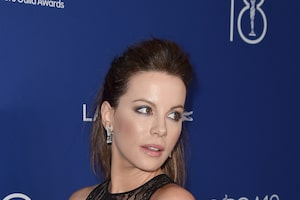