Actress Michelle Rodriguez wants fans to know why she signed on to play a male assassin forced to have sex reassignment surgery in the controversial new indie movie “Tomboy.”

The film, which may be renamed “[re]Assignment,” took some heat after premiering at the Toronto Film Festival, with many critics upset over the way her transgender character was handled.

Michelle posted a photo of herself as a man on Instagram with the message, “It's in the B Movie genre, a culture shock pic, shot like a 'film Noir' graphic novel. I played a male assassin for four days in the movie, boy was that beard itchy. “

She continued, “I never felt more like a woman than when I played a man. For the rest of the film I was a man stuck in a newly operated sex changed body. I had fake boob covers to look like man implants & I wore a fake hairy 'mangina' which you can't really see cause they made it so hairy.”

Addressing the criticism, Rodriguez added, "In retrospect I'm I glad took the plunge, the industry seems to be running low on edgy creativity & 'real take a chance' controversy, sometimes it makes me want to scream, instead I did what I always do when I'm bored with the 'status quo', I shot crazy b movie Indy to express my frustration."

She ended the post by saying, “Hope y'all will enjoy the flic sometime, when we sell it of course... It's interesting to say the least.” 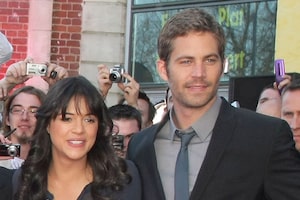 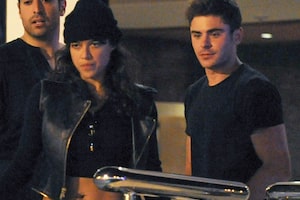 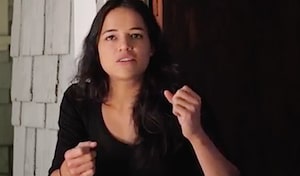