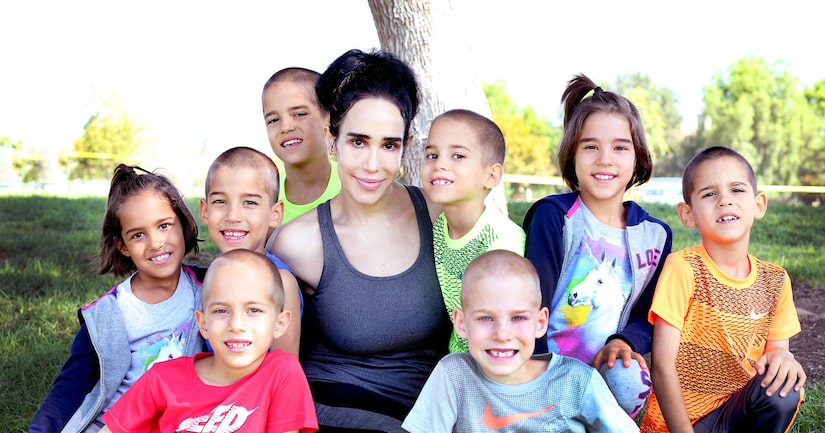 The personality formerly known as Nadya Suleman is putting Octomom in the rearview mirror.

The 41-year-old sat down with DailyMail.com for an in-depth interview, revealing she is done with the “vile” persona of Octomom and has turned over a new leaf under the name Natalie.

Suleman shot to fame in 2009 after undergoing IVF treatment and giving birth to octuplets, who are now 7. She was already a mom of six at the time.

“Everyone thinks I had all these donations and help but I didn't — I did everything on my own and paid everything out of my own pocket, so I was Octomom for four years,” she explained.

“I wasn't able to exploit myself and do what I was doing without it, which became a problem — it wasn't healthy.”

In the interview, she admits to getting a breast augmentation, tummy tuck, and lip injections before and during her Octomom years. “The media created the character and I shamefully embraced it in 2009 out of scarcity and desperation to survive.”

When she decided to walk away from it all to become a counselor and family therapist in Orange County, Suleman claims her manager turned against her and turned her in for welfare fraud.

Natalie says during that time her team was managing her finances and she had no idea she had committed welfare fraud. She was found guilty and is still doing community service to resolve the case.

“I've been working for three and a half years and people think I'm a lazy welfare recipient,” she said. “Before that, I worked as a psychiatric nurse for a decade — altogether, on and off, I've been in the helping profession for over 20 years."

“We still get a little welfare — we get food stamps. There's a misconception of welfare. Everyone thinks people on welfare don't work, but welfare is supplemental. My kids eat three times the amount that food stamps provide so I have to work to feed them,” Suleman said.

Now, she's happy to be helping people again. “I've been helping drug addicts and alcoholics, so I'm doing the hard work, not the easy, exploitative work. I'm back to who I am.”

Natalie says she has been honest with her kids about her past. “I have stayed strong for them. My kids know what I did as Octomom; I tell them the truth. I've told them I've done some very bad and shameful things and they say, 'It's okay, Mom, we love you anyway and we'll always love you.'”

Suleman revealed she never intended to have eight babies at once. Due to her fertility issues, her doctor implanted six embryos expecting one to take. He told her that her uterus contracted during the procedure and recommended implanting six more.

Later, when she found out she was pregnant with multiples, she refused to do selective reduction because she didn't believe in abortion.

She said, “I admit that I made many mistakes in my life and that I'm imperfect. I make mistakes constantly. But my children were not a mistake — they were meant to be here.”

Suleman has also faced great loss in recent years. Her mom died from ovarian cancer in 2014, and her father suffered a tragic fall in 2015 that left him paralyzed.

“He'll never walk again,” she said. “He can't breathe on his own. He's quadraplegic. He can't even speak — you can hear him mouth his words, but that's it. It's been tough emotionally. I scoop up all my kids and we just try to move forward, but it's hard. It's so devastating right now.” 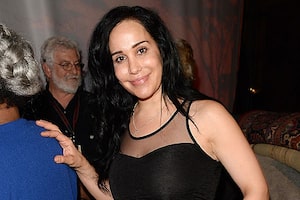 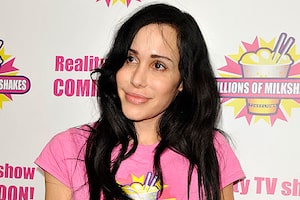 Report: Octomom Back on Welfare 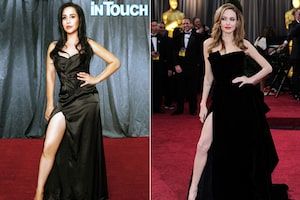 Octomom’s Bizarre Photo Tribute to Angelina Jolie -- Is She Obsessed?