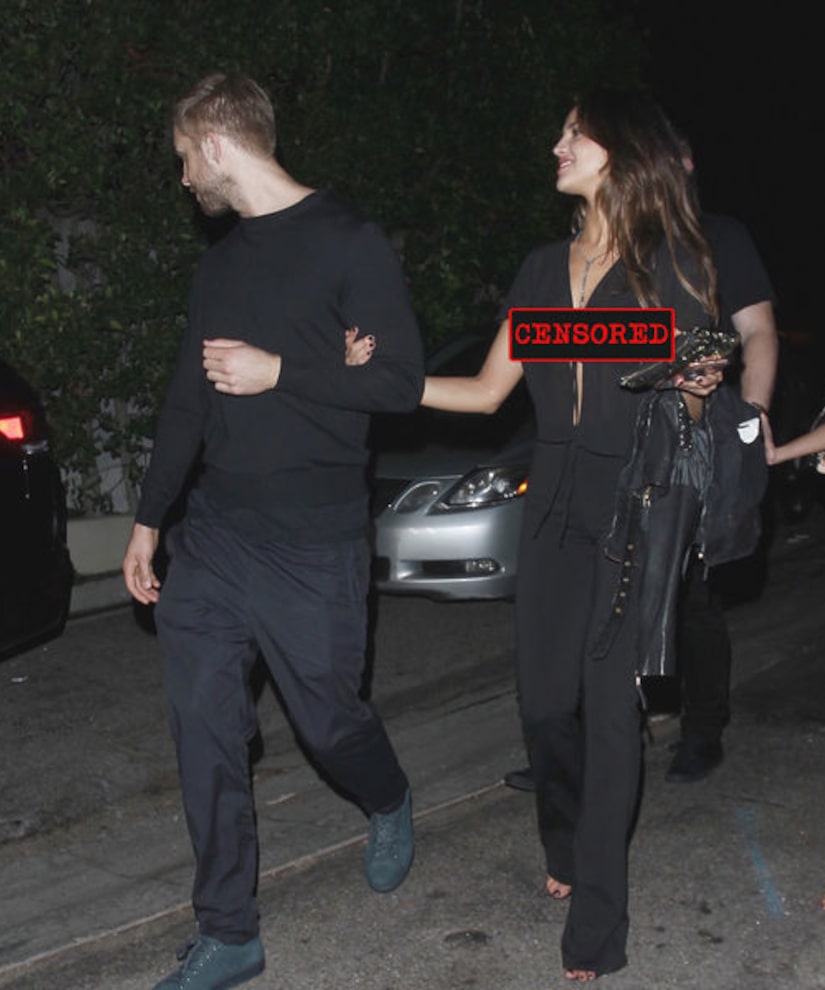 It looks like Calvin Harris has a new woman in his life!

The producer was spotted arm-in-arm with Liam Hemsworth's ex, Eiza González, while leaving a party in L.A. on Saturday.

Eiza looked stunning in all black, but suffered a wardrobe malfunction as they walked out together. Her sheer blouse left little to the imagination… especially since she wasn't wearing a bra.

A source told Us Weekly, "They recently started hanging out, and it's very new. They both really wanted to keep it low-key for a while, but once these photos came out, they knew that wasn't going to happen. They're both happy and just seeing where things go for now."

Calvin famously dated Taylor Swift, while Eiza was linked to Cristiano Ronaldo after her fling with Liam.