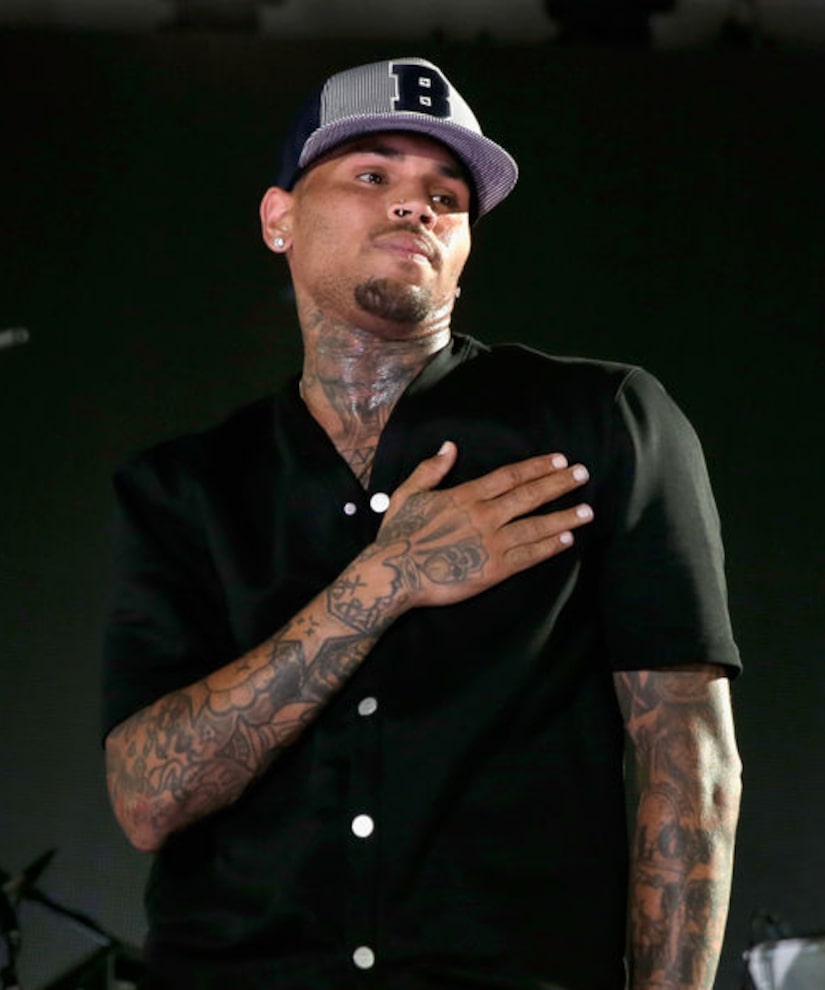 Page Six claims he lashed out at aspiring actress Baylee Curran after learning he had been axed from a guest role on 50 Cent's show “Power,” but sources close to 50 and Starz tell “Extra” that nothing had been confirmed and that they would still want Chris on the show.

“Extra” sat down with Baylee earlier this week to talk about the incident at Brown's home, and she insisted she was frightened for her life when the musician allegedly pulled a gun on her while she was looking at some jewelry, and that she would never make up something like this.

“For a minute I thought, 'Yeah, yep this is it, he's gonna shoot me,'” she said, later adding, “I would never lie… why? For what? If I was doing this for fame… or something of that sort... why would I do it this way?" Watch the video for her account of what happened.

Now, Brown's attorney is speaking out against the beauty queen. Lawyer Mark Geragos held a press conference in L.A. saying the LAPD found no evidence of Curran's claims, and stated there may be text messages from Baylee trying to set Chris up.

Geragos added, “I know some people find it hard to believe that people in this day and age may lie for certain ulterior motives.”

Brown, who was arrested on suspicion of assault with a deadly weapon, has maintained he is innocent. He is currently out on $250,000 bail.