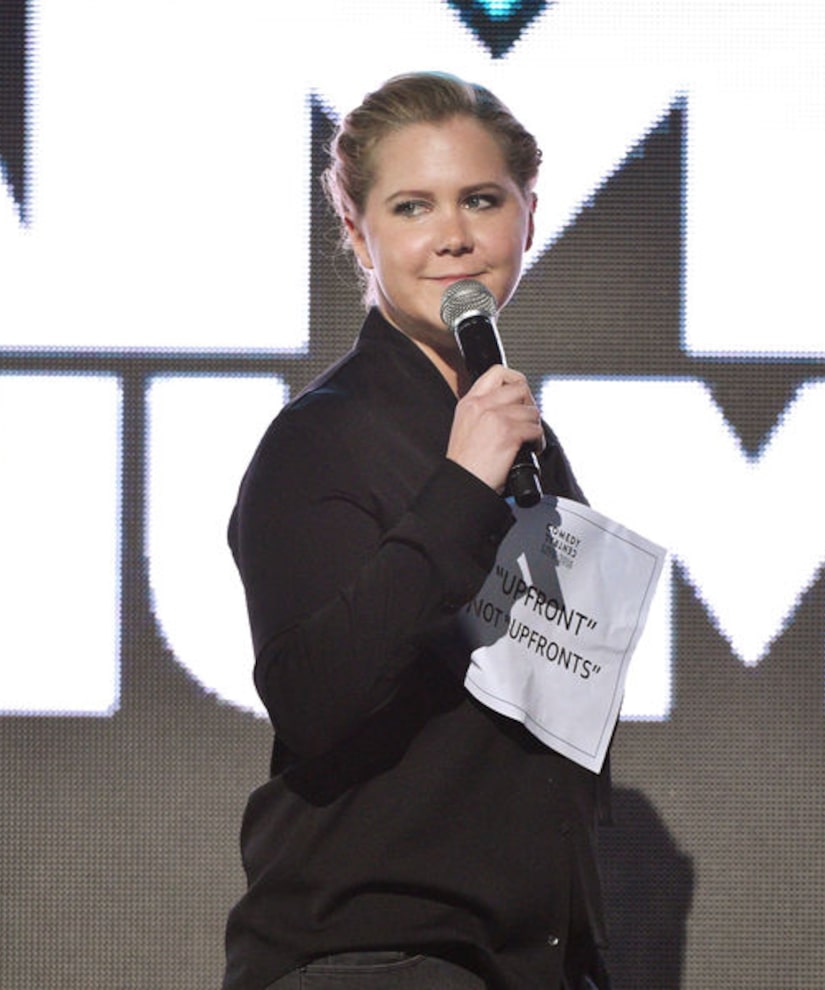 The comedian took down a sexist heckler who yelled, “Show us your t**s!” at her show in Stockholm.

Schumer stopped the show and told the crowd, "Okay, wait. I want the guy who just yelled that to come up here. It's too good. Everybody point at him so I know which one."

The crowd was more than happy to point him out, and that is when Amy learned he was wearing an “I love p**ies” T-shirt.

When the “Trainwreck” actress asked what he does for a living, he replied, “Sales.”

Her response? "Sales. How's that workin' out? Is it going well? 'Cause we're not buying it."

It didn't take long before he heckled her again, and that is when the star had him escorted out. He shouted, "I was about to go anyway.”

In a sarcastic tone, Schumer told him, "We're gonna miss him so much. I already miss you!"

Watch the entire exchange here, but be warned that the video includes strong language.