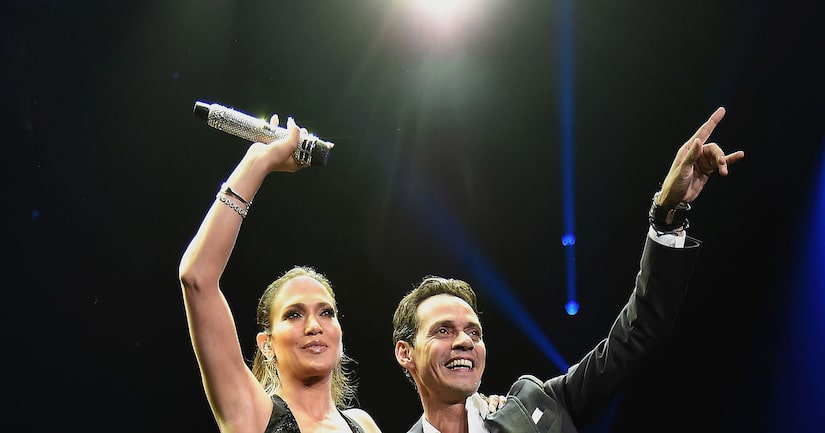 Last night, “Extra” special correspondent Angie Martinez caught up with her old friend Jennifer Lopez on the set of her hit NBC show “Shades of Blue.”

The newly single J.Lo is back to work filming season two of her hit cop drama, but recently reunited onstage with ex-husband Marc Anthony. She shared, “We haven't been onstage together for about five years. It was good. You know, he came to my show in Vegas, to see it; we've been talking about doing something."

As for how the reunion came about, Lopez revealed, “He said, 'I'm doing Radio City, will you do one of the nights with me?' I was like, 'Yeah, I'll be in New York, I can do it,' so it just worked out really well.” Though their twins Max and Emme were in the audience watching them duet, she pointed out, “I don't think they remember the last time; they were little… It was awesome. They just sat there and they were hearing the crowd… It was so moving… It was great.”

The superstar also dropped a bombshell about herself and Marc, saying, “We're talking about doing some stuff together… We don't have anything to announce at this moment, but soon.”

Jennifer's schedule is already packed with her music, Las Vegas residency, and “Shades of Blue,” but the 47-year-old recently announced she is taking on another project — playing notorious drug lord Griselda Blanco for an HBO movie. She said about the dark role, “When we announced the role, I actually had anxiety for a couple of nights… It's intense. It's scary to go into those places sometimes. I know what it is to do that as an actor, what it takes.”

Lopez only gave up a small clue about what's in store for the second season of “Shades of Blue,” hinting. “Right off the bat, it starts with a bang,” she said. Jennifer leaves her makeup behind when she plays the tough New York Detective Harlee Santos, but that doesn't mean she's any less sexy. Jennifer commented, “I think she's sexy. I think there's a tough sexiness to her, but I don't feel pretty… I'm not glammed out.”

On the show, Jennifer works alongside Ray Liotta, gushing, “He's a big character. I love my Ray.”

And leave it to Angie to get Jennifer to confess she is a big curser! When Angie asked, “How do I not know that about you?” Lopez quipped, “Because I know how to act in public. My mother taught me right.”

Watch Jennifer in prime time when Season 2 of “Shades of Blue” premieres early next year on NBC. 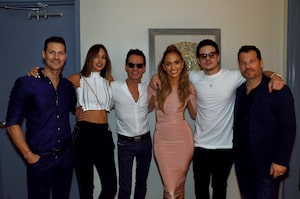 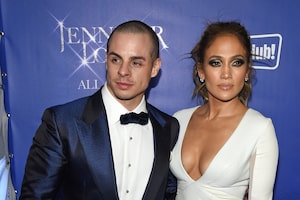 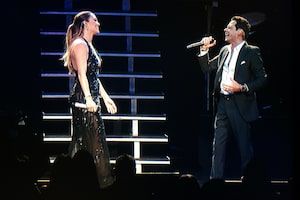