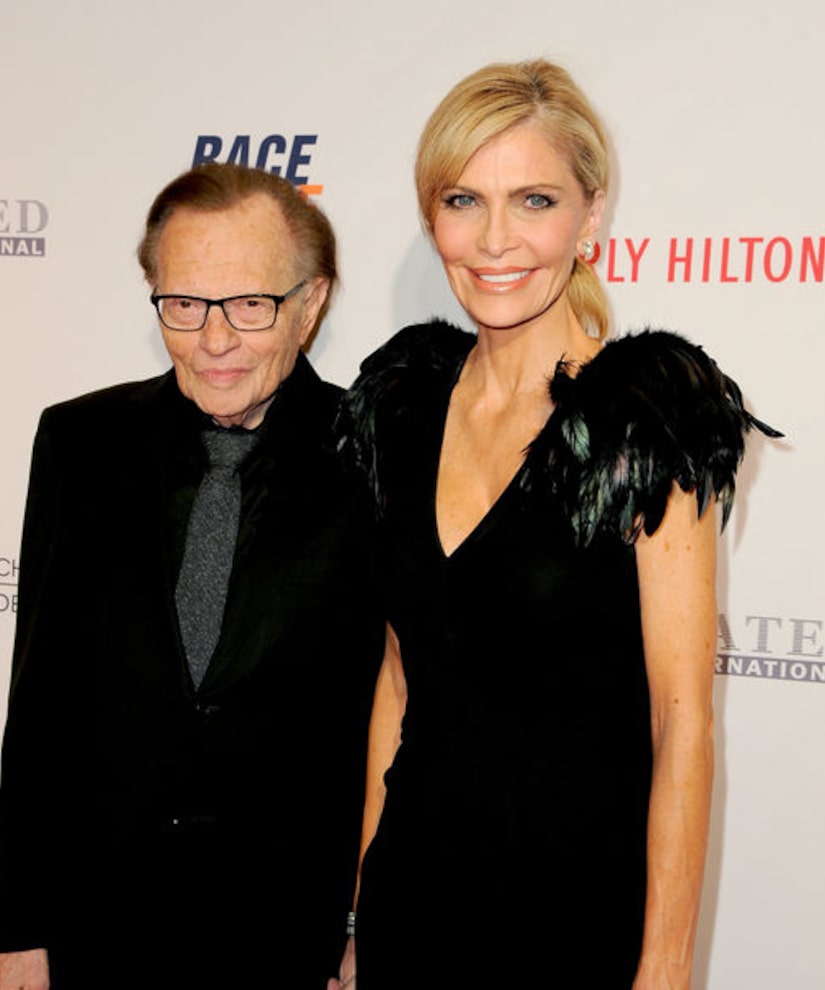 Newsman Larry King and wife Shawn didn't shy away from cheating rumors when they stopped by Hallmark Channel's “Home & Family” with hosts Mark Steines and Debbie Matenopoulos on Thursday.

King's seventh wife Shawn is being accused of cheating on him with a younger man... Richard Greene, but their lawyers have slammed the gossip as “inaccurate.”

When Steines asked how they are dealing with the recent rumors about their relationship, King replied, “I've dealt with rumors for a long time, dealt with people involved with rumors and rumors are what they are, rumors, and to tell you the truth I don't pay any attention to them.”

Shawn added, “This week I'm the latest pin up girl. You have to just develop a shell around yourself and not get hard on the inside, and stick together.”

Later in the episode, which aired Friday, the pair promoted their Sleep Like a King bedding line and even cuddled up in bed together. Watch!

"Extra" spotted Larry on Friday morning at his Beverly Hills bagel shop looking like nothing was wrong.