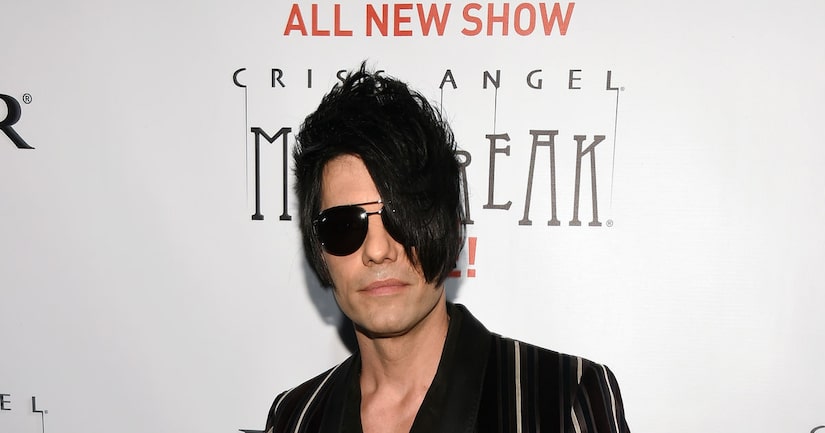 Magician Criss Angel is opening up on his son Johnny's cancer battle.

While Johnny is fighting for his life, Criss is trying to make the 2-year-old as content as possible, even taking him to the “happiest place on Earth,” Disneyland. He told E! News, "You know, Johnny had a rough time going through chemo, his treatments, blood transfusions, spinal taps, and he has Mickey Mouse that he loves to watch. So, when he went to meet Mickey Mouse in person he had a smile from ear to ear. So excited, we had such beautiful time together as a family.”

As for Johnny's future, Criss remains optimistic, saying, "I think Johnny is a very special boy and I think he's going to be more successful than I ever was. I just want him to be happy and I want him to live a long happy fruitful life.”

Though Criss' perspective on life has changed since Johnny was diagnosed with acute lymphoblastic leukemia last year, he is still trying to making a difference in the world. He explained, "When you have a child that has this horrendous disease, you can relate to the families from a different perspective. So Shaunyl and I made the decision to use this in a positive way. You know, this is so much bigger than me."

Criss is planning on having a star-studded charity event, Criss Angel HELP, with the support of Las Vegas headliners Britney Spears, Jennifer Lopez, and Céline Dion. He raved, "It's amazing. You know, people love children, and people are good when it really comes down to it. I personally called every single celebrity up myself. It took me some time to do, but I've called every single person. And I appealed to them on behalf of these children and every single person — outside of two — said yes. And I won't say what two."