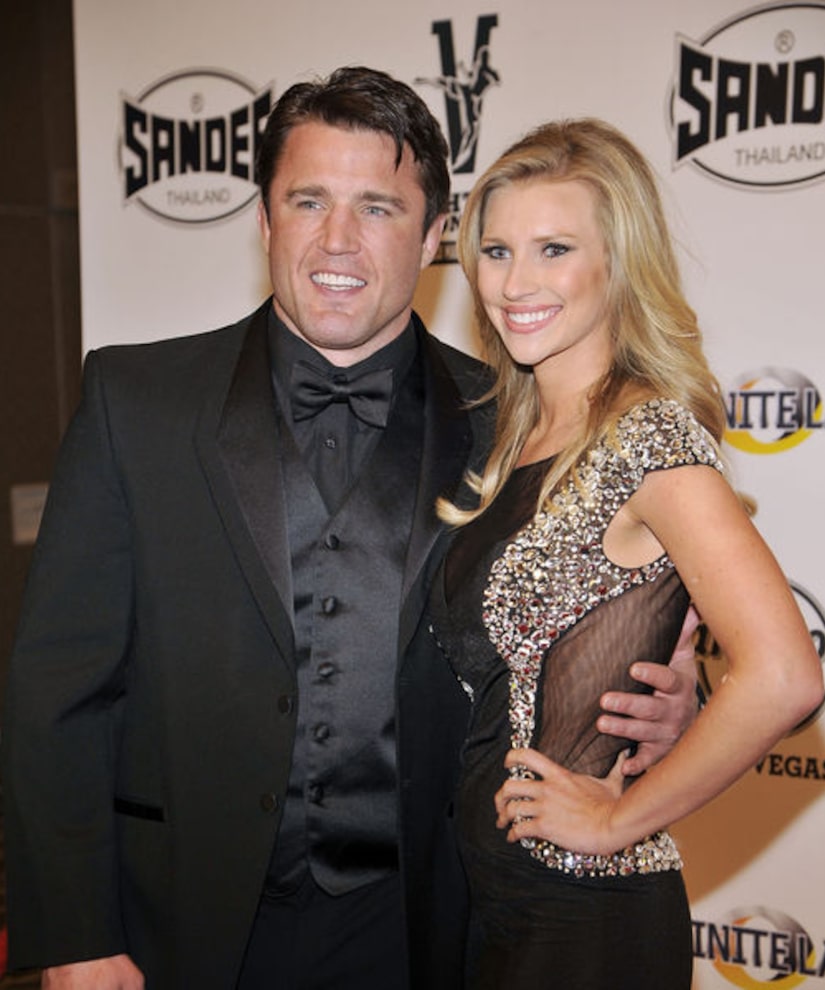 The newborn daughter of MMA fighter Chael Sonnen has died.

Sonnen's rep told FOX411, "I am very sad to confirm the passing of Chael Sonnen's baby daughter, Blauna Dian Sonnen. An investigation is underway as to how Brittany and Blauna were infected with listeria. We are informed that two food product recalls occurred earlier this year in the Northwest region due to listeria."

He added, "The family hopes to prevent any other families from contracting the disease. Representatives for the Sonnen family have already communicated with local, state and federal agencies."

Brittany remains “very ill,” and the family is asking for privacy at this time.

According to the CDC, "Listeriosis, a serious infection usually caused by eating food contaminated with the bacterium Listeria monocytogenes 1, is an important public health problem in the United States. The disease primarily affects older adults, pregnant women, newborns, and adults with weakened immune systems."

The couple have one son together, Thero, born in 2015.