During the reading, a fatherly figure wanted to express thanks for the steps that were taken so that he did not have to die in a hospital. Matt explained in a voiceover that his father passed away at home while under hospice care.

Another poignant moment came when Tyler said, "I don't know if you're aware of this. But he's acknowledging an individual out on a boat, and I feel like I'm sitting alone and I'm fishing and I'm thinking, 'Dad.' And he's having me acknowledge this feeling of, like, I'm there with you. I'm there with you.”

Lauer said that fishing was one of the passions he shared with his father, and that he now fishes alone.

The “Today” anchor later revealed to his co-hosts that he went home and cried after the reading.

Henry also told “Extra” about another high profile session he recently had with Kris Jenner.

Tyler admitted he had to set aside his past knowledge of the matriarch. “When I walked into Kris Jenner's house… it's hard to not recognize someone like her, so it's really overwhelming. I had to put what I knew kind of to the side in that reading and had to rely on my intuition.” 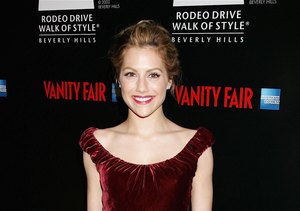 Brittany Murphy’s Death: Coroner Speaks Out about Possibility of Reopening… 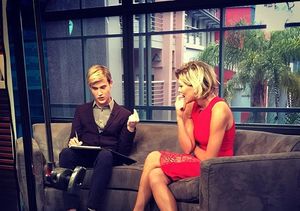 How Hollywood Medium Tyler Henry Connects to the Stars — Watch!