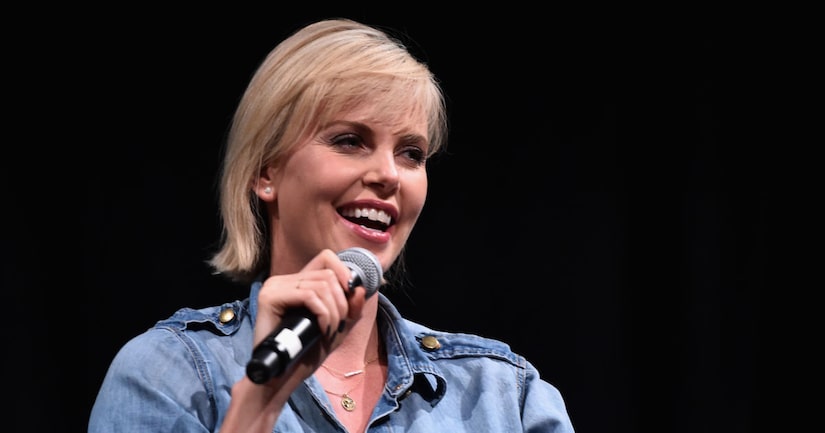 Charlize Theron is one of the most sought after actresses in Hollywood, but this leading lady says she is a “little rusty” when it comes to flirting.

“Extra's” Terri Seymour sat down with Charlize and co-star Matt McConaughey to talk about their new animated film, “Kubo and the Two Strings.”

Terri asked Charlize about a missed love connection with a co-star from one of her other films, Tyrese Gibson, who asked for her number while they were shooting “Fast 8” so they could “set up a play date for their kids.”

She found out after the fact that he had a crush on her. “I did not know that was flirting… I'm a little rusty.” She laughed, “So next time if somebody comes flirting, just tell me you are flirting, because apparently I'm not picking up on it at all. It needs to be written out for me because it's been a long time.”

McConaughey, on the other hand, has no problem in the love department, sharing his tips for keeping the spark alive after celebrating four years of marriage to Camilla Alves. He joked, “Do we have a 20-minute disc in there?” He went on, “You can't get fooled by this early honeymoon period and believe that we can sustain this 300 watt bulb the entire time... oh my God, it's impossible… the tip is not saying you get bored, the tip is you get realistic.”

Charlize and Matthew take on roles in an unrealistic world in “Kubo and the Two Strings,” about a kid on a magical adventure. Charlize plays a monkey in the film, and Matthew a beetle. The actor actually read the book to his little ones, saying, "There's different ways of telling the same story, you gotta know who your audience is.”

Matthew's daughter has already seen the movie, “My daughter didn't know I was in it, she watched it and was very curious, 'That beetle sounds a lot like you.” Theron's son Jackson has seen the trailer, “He picked up it was me instantly. He was very suspicious, he said 'It sounds a lot like you.'” She smiled, “His primary concern was that he wanted me to set the record straight that I wasn't really a monkey, that was very important to him.”

“Kubo and the Two Strings” is in theaters August 19. 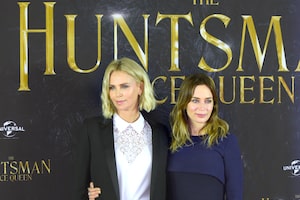 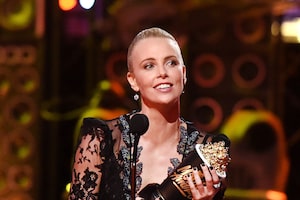 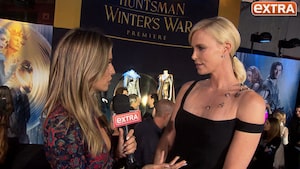