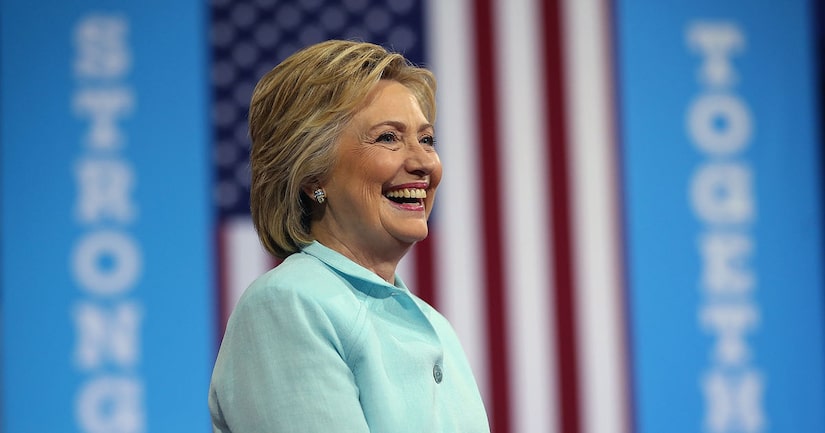 Kristina Schake, Deputy Communications Director for Hillary for America, has been by Hillary Clinton's side for the majority of her campaign. Today she talked one-on-one with “Extra's” AJ Calloway about what Chelsea Clinton will bring to the Democratic National Convention on Thursday, as well as their tactics for beating Donald Trump.

Kristina told AJ, “Chelsea is going to introduce her mom. This is going to be a very personal, very emotional moment. We all saw Chelsea grow up in the White House, we saw her as the first daughter… we all saw her just grow up into the amazing women she is today, and as Michelle Obama said, one of the things we all respect about Hillary is she raised that young woman to perfection. She's going to get up and speak about her mom and why she needs to be the next President of the United States, because of her values and her experience, and what she'll do for American families.”

Schake also explained Hillary's strategy at the DNC and how it differs from the Republicans. “We have been talking about the contrast with Donald Trump. He is an unsteady, dangerous, erratic man. He doesn't have very many plans for the American people. We haven't heard at all how he will create jobs, how he would raise wages, how he'd make college more affordable, and the plans he has are just dangerous for this country.”

She went on, “We've been making that case all week, and you're going to hear us continue to do that... really using his own words. This is a man who says things that, really, even prominent Republicans didn't want to be in Cleveland last week at their convention because they didn't want to stand with him… wo we're going to be pointing that out.”

They will also tackle Trump's record. “We're going to be making the case that he's always been out for himself and has really not done anything to benefit other people, and that's not what we need in an American president.”

Schake also shared the campaign's sentiments while watching the RNC. “A very dark view of America and not one that Hillary Clinton shares.” She went on, “Hillary has a very different agenda for America, and that's what we're laying out this week here in Philadelphia.”

The communications director revealed how she believes Hillary will feel when she accepts the nomination. “When she makes her formal acceptance speech, it will be a very emotional moment for her, as she said, she just wishes her mother was here with her… she misses her mom and will be thinking about her mom a lot.”

Check back tomorrow for AJ's interview with Chelsea Clinton ahead of her DNC speech.