News broke in March that “Deadliest Catch's” Captain Sig Hansen had suffered a heart attack aboard the Northwestern.

Cameras were rolling as Hansen began feeling chest pains, and the show aired the harrowing health crisis on Tuesday night.

Hansen fell unconscious, and when he woke up he wanted to continue the fishing expedition. The crew convinced him to seek medical care instead.

Once he reached Dutch Harbor, Sig learned he had suffered a heart attack, and was airlifted to Anchorage for further care.

The captain later told Yahoo, “It was a strange heart attack. It wasn't like you see in the movies. I had this really sharp, sharp pain, like a knife, right behind my chest plate. It just kept pushing, and it was making me more angry.”

He also told People, “It was actually scarier when you got home and then you realize, 'Did that really happen?' In the moment it wasn't so bad, just made me angry.”

Hansen has made several lifestyle changes since the heart attack, like eating a healthier diet and quitting smoking. 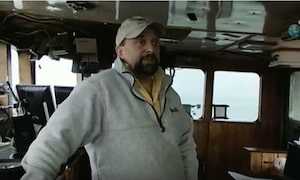 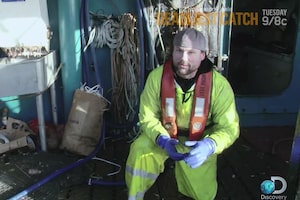 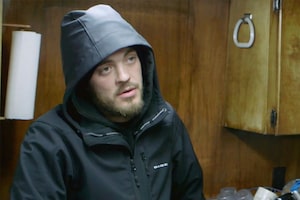