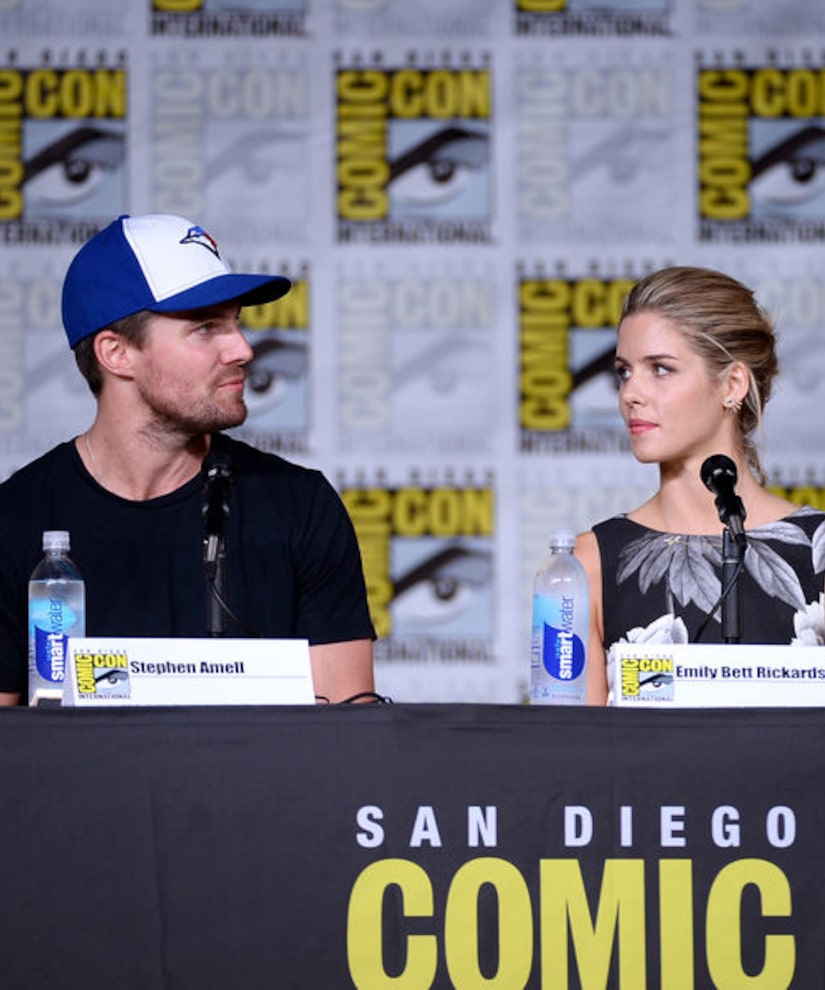 One of the most talked about aspects of The CW's “Arrow” is the relationship between Oliver Queen (Stephen Amell) and Felicity Smoak (Emily Bett Rickards), leaving many to wonder what will happen to the couple after they called off their engagement when the show ended last season.

“Extra's” Renee Bargh was with the cast of the hit show aboard Warner Brothers' yacht at Comic-Con when she asked Stephen Amell if there was a chance “Olicity” will get back together.

Fans can only hope he was joking!

It does sound like Oliver and Felicity will be spending a lot of time together when the show returns for Season 5.

Stephen said, “We do a four-month time jump and we pick up and the team is just separated, it's just Emily and I. I am of the mind that the crew is going to get back together and she is of the mind that is not going to happen and we need to recruit new people.”

“Arrow” returns to The CW on October 5. 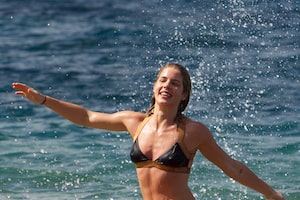