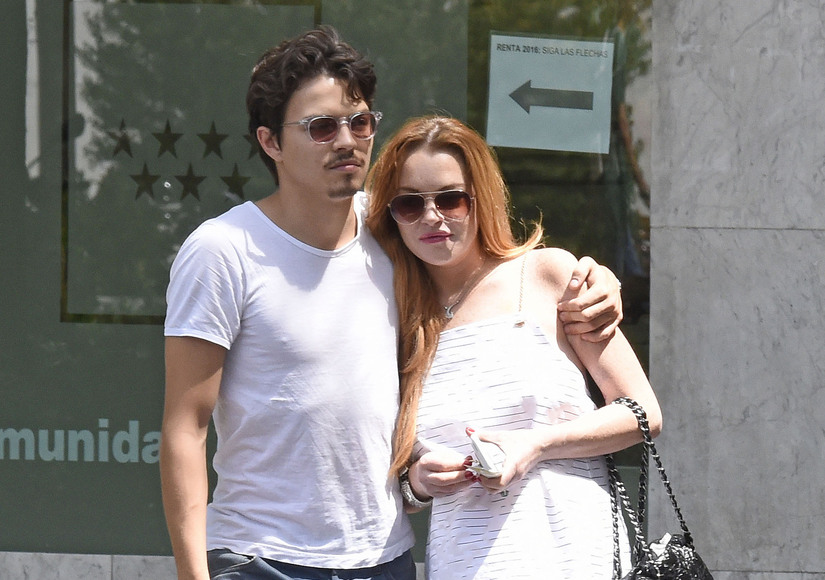 On Saturday, actress Lindsay Lohan and fiancé Egor Tarabasov reportedly woke up her neighbors with a screaming match.

Lohan also appeared to be provoking her 22-year-old fiancé, saying, “Do it. I dare you again. You’re f--king crazy! You sick f--k. You need help. It’s my house — get out of my house!’’

Lindsay was heard telling Egor that the relationship was over. She said, “I’m done. I don’t love you anymore. You tried to kill me. You’re a f--king psycho. We are finished.’’

When Egor tried to approach her and quiet the commotion, she screamed, “No, Egor you’ve been strangling me constantly! You can’t strangle a woman constantly and beat the shit out of her and think it’s okay! Everybody saw you touch me. It’s filmed. Get out! Get out!”

Ten minutes following the spat, the police arrived after receiving calls about a “woman in distress.” A neighbor shared, “I was about to pick up the phone and call the police but somebody else in the street had already beaten me to it. She woke our whole house up with her screaming. I was really concerned about her safety — it sounded like she needed help.

The authorities eventually forced their way into Lindsay’s London flat, but both had left the scene. No arrests were made, since police believed no crime had been committed. A police spokesperson told the Daily Mail, "There was no one inside, but inquiries were made and the occupants were traced and found to be safe and well. No offenses. No arrests."

After news broke of the altercation, Lohan wrote on Instagram, "I would appreciate if these speculations regarding my personal life would respectfully come to a halt. Unfortunately, a private matter has become more public than I can control and I would be extremely grateful if my fiancé and myself could discuss our personal matters on our own."

I would appreciate if these speculations regarding my personal life would respectfully come to a halt. Unfortunately, a private matter has become more public than I can control and I would be extremely grateful if my fiancé and myself could discuss our personal matters on our own. There are more important things going on in the world than our relationship. Please leave us be to solve our personal matters.

Over the weekend, Lohan took to Instagram to accuse Tarabasov of cheating with a fashion designer. Lohan also appeared to claim she was pregnant with Tarabasov's baby.

After her rant, Lindsay's dad Michael Lohan told Us Weekly, "She said he cheated. I don't think she would say that if it wasn't true. She had never accused him before, you know?"

Of the pregnancy rumors, Michael commented, "All I know is what she said. Things happen. I don't know what their relationship is like. Relationships take twists and turns, what are you going to do?" 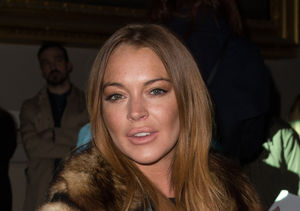 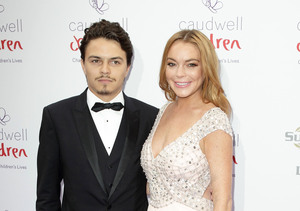 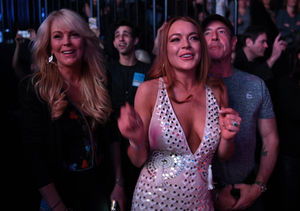 Booty Envy? RiRi Says She Would Need Butt Pads to Compete with J.Lo