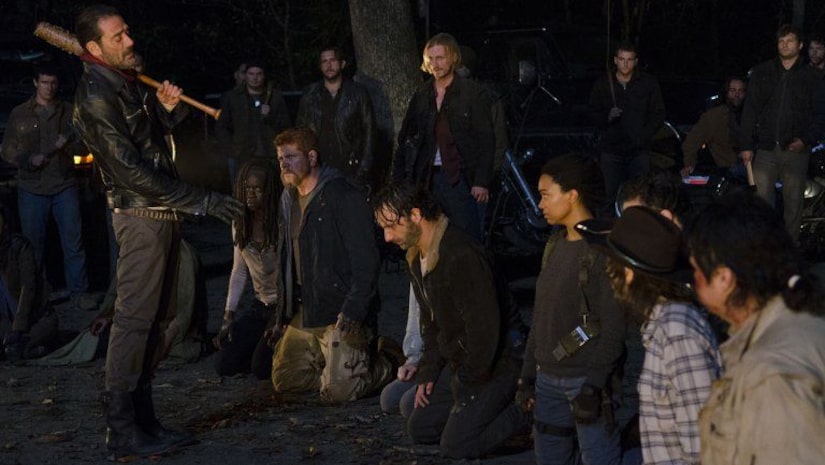 Fans still want to know… who did Negan kill at the end of “Walking Dead” Season 6… and Comic-Con is providing little answers.

The show did release a new trailer, which pays homage to each potential victim, while offering glimpses at what is in store for Tara and Heath, as well as the introduction of King Ezekial and his tiger Shiva.

The “Walking Dead” press conference provided few additional details, however Greg Nicotero did talk a bit about directing the Season 7 premiere, when Negan will deliver the death blow.

“The trickiest part is living up to the expectation of that moment and what is interesting to me as a director of that episode is how it changes the direction of the survivors forever,” he said. “When we shot the episode that to me was as critical as the actual moment, which is the 5 minutes after, the 10 minutes after, the 20 minutes after, when the smoke clears… so it is a fascinating exercise in emotion… shock and denial, all these things are playing into it.”

Jefferey Dean Morgan touched on playing Negan, the leader of the Saviors, “It has given me an opportunity to do something I've never done before. There is not a trace of Jeffrey… I changed the way I move, the inflection of my voice… scenes happen and we will all look at each other and go, 'What just happened there?' It gets seriously weird with Negan around.”

Robert Kirkman, who created the comic book series, also revealed, “There will definitely be other characters [besides Ezekiel] that you can see this season, and some surprises coming up so be on the lookout for that. Right now it is all about King Ezekiel and Shiva.”

Kirkman clarified that the tiger you see in the trailer is CGI. “It is not particularly humane to have a live tiger on set, and it is very dangerous for the actors.”

He insisted, “I would not have come to set if there was any real tiger on set so there is no real tiger involved. It is all magic.”

Last night, Norman Reedus and Steven Yeun stopped by the "SYFY Presents Live from Comic-Con" hosted by Will Arnett where they talked about the backlash they've experienced since the cliffhanger finale.

While the showrunners and cast are being very hush hush about the new season, fans will surely get some answers when the show returns to AMC on Oct. 23. 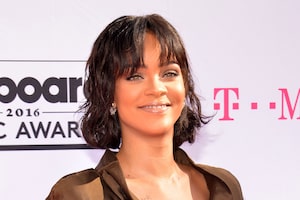