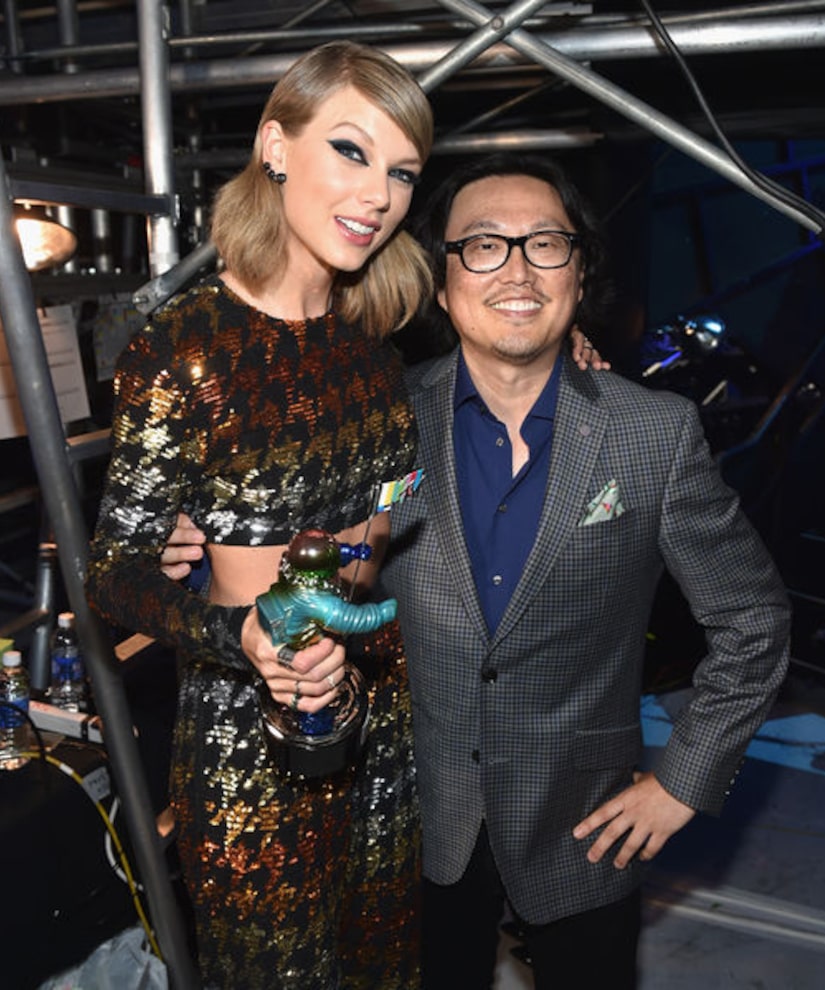 Singer Taylor Swift is getting some huge support from “Bad Blood” music video director Joseph Kahn after footage of her phone conversation with Kanye West was released by Kim Kardashian.

In the video, Taylor appeared to approve of Kanye's lyrics about her in “Famous,” but she argued on Instagram that she was never made aware that he would call her “that b**ch” in the song. Kahn tweeted, "Kanye didn't say the line 'I made that b**ch famous' on the call. It's like saying 'I want to love you 'without 'in the a**.'"

Kahn also made a bold comparison of Taylor to Kardashian family friend Nicole Brown Simpson, who was murdered in 1994. Kardashian's father Robert worked on the murder trial as part of Nicole's ex-husband O.J. Simpson's defense team. O.J. was eventually found not guilty of her murder in 1996. Kahn tweeted, "Ain't the first time the Kardashians supported the murder of an innocent blonde woman.”

Taylor's other close friends have also come to her defense, including BFF Abigail Anderson, Selena Gomez, and Martha Hunt. See their tweets below!

Guys...I will always stand by my best friend. There's no point in fighting over than. #BlessIt

This industry is so disappointing yet the most influential smh

It's pathetic how quick our culture is to sensationalize a fabricated story..