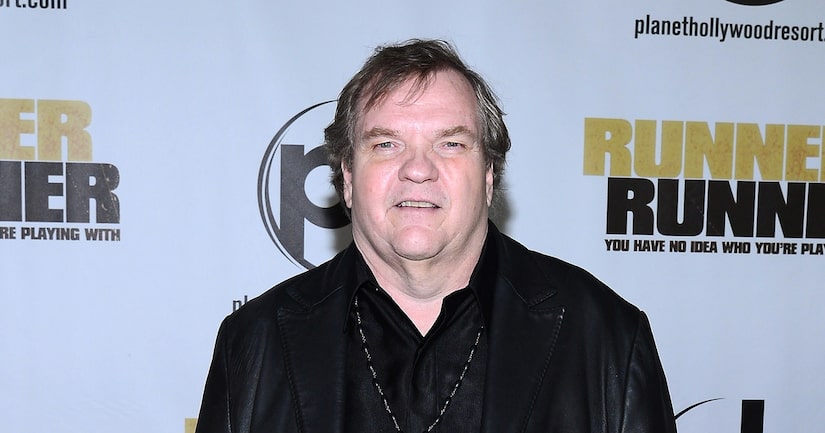 Loaf was performing his hit song "I'd Do Anything for Love (But I Won't Do That)” when he fell to the ground. While a band member and others rushed to his side, concertgoers were prompted to leave the Northern Jubilee Auditorium.

Even before the collapse, the 68-year-old was apparently struggling. One fan who was at the concert told the Associated Press, "It was him forgetting words, he wasn't on cue, but it was forgivable. We're all loving it and going crazy, and then it just took a turn for the worst."

His rep has given a health update, saying in a statement, "Meat Loaf collapsed Thursday night due to severe dehydration near the end of his concert. He was admitted to a nearby hospital to undergo routine tests. His vital signs are stable and normal — he's responsive and recovering well. He extends his heartfelt thanks for everyone's support and well wishes, and is expecting a speedy and full recovery. Any concert postponements/rescheduled dates will be announced at a later time.”

Earlier this week, Meat Loaf put off a show in Calgary, writing on Facebook, "Due to illness, tonight's Meat Loaf show at the Southern Alberta Jubilee Auditorium in Calgary has been postponed.”

This wasn't the first time Meat Loaf collapsed onstage; five years ago, he had a similar incident when he passed out for a few moments, but was able to continue on with the show. His rep said at the time, "He hadn't been feeling well the past few days as his asthma had been bothering him. He fainted onstage and got back up and did the rest of the show. We're happy he's okay."

In 2003, he fainted on stage at a Wembley Arena concert and was taken to the hospital immediately. After the collapse, he was diagnosed with Wolff–Parkinson–White syndrome, which causes irregular heartbeat.