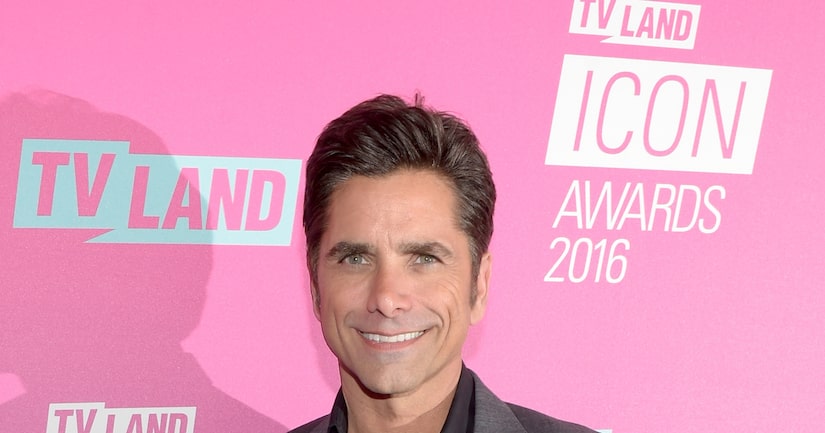 Fresh off a European vacation with girlfriend Caitlin McHugh, John Stamos is getting ready to take the stage tonight at the Hollywood Bowl.

Only “Extra's” Terri Seymour was at rehearsal with the actor, who will play Chef Louis, ahead of the opening of “The Little Mermaid.”

John and Caitlin were photographed locking lips during their recent PDA-packed European vacation in Paris. He joked he was studying up for his role since the chef is French, saying, "I was in Paris a couple weeks ago, I was like, 'I'm gonna write this off.'”

Stamos revealed he had asked his tour guide at Euro Disney to record his lines for him. When Terri pointed out the pics of the couple kissing were everywhere, John responded, “I was over there and FOX decided not to pick up my show, which was cool and I was like, 'How do I deal with this?' I was like, 'I'm in Europe with a beautiful girl.'”

That beautiful girl was also spotted backstage with John while he rehearsed with the star-studded cast, including Rebel Wilson, Darren Criss, Tituss Burgess, and Sara Bareilles. Stamos even gave Terri a sneak peek at his character, singing in a French accent, “Le poisson, le poisson, how I love le poisson — I HAVE TO CHOP!” The 52-year-old smiled and said, “He likes to part fish, this guy. It's not like, 'Oh, I like to cook.' I kill and then I pull out the bone."

John also had a little fun with Terri when her phone rang during the interview. 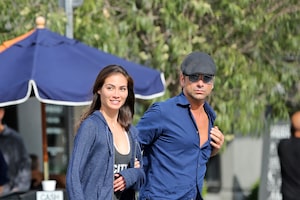 John Stamos’ New Girlfriend — Who Is the Lucky Lady? 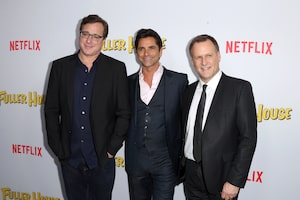 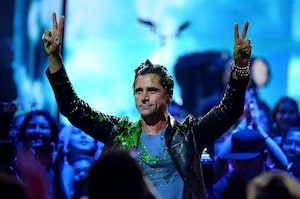