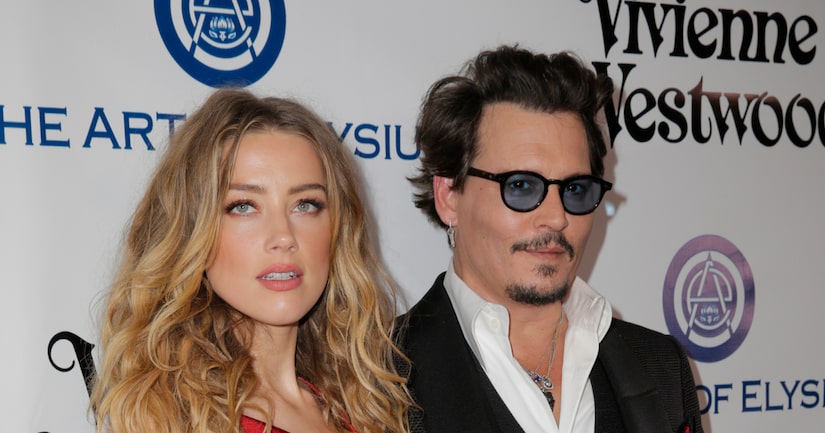 Amber Heard's lawyers are coming to her defense after she has been accused of "blackmailing" Johnny Depp with accusations of domestic violence.

On Friday, May 27, Heard claimed Johnny threw an iPhone at her during an incident on May 21. She did not call the police at the time the incident allegedly took place, but a third party did. When police arrived, Heard made no mention of physical abuse, and Depp had already left the scene. In a statement to People, a police spokesman said, "On May 21, 2016, officers responded to a domestic incident radio call... The person reporting the crime [Heard] did not insist on a report and no report was warranted. There was no evidence of any crime. A crime did not occur so the officers left the scene and left a business card."

A judge granted Heard, who appeared in court with a visible bruise on her face, a temporary restraining order on Friday as a result of her claim. She also submitted photos of herself with facial bruises, photos which were obtained by TMZ.

After Depp's exes, his daughter, and friends defended him in the media this weekend — close friend Doug Stanhope accused her of "blackmail" in a guest column for The Wrap — Heard's legal team explained her actions in a statement: "As the result of Amber's decision to decline giving an initial statement to the LAPD, her silence has been used against her by Johnny's team. Amber did not provide a statement to the LAPD in an attempt to protect her privacy and Johnny's career. Johnny's team has forced Amber to give a statement to the LAPD to set the record straight as to the true facts, as she cannot continue to leave herself open to the vicious false and malicious allegations that have infected the media. Amber has suffered through years of physical and psychological abuse at the hands of Johnny."

Her lawyers continued, "In domestic violence cases, it is not unusual for the perpetrator's playbook to include miscasting the victim as the villain. In reality, Amber acted no differently than many victims of domestic violence, who think first of the harm that might come to the abuser, rather than the abuse they have already suffered. Amber can no longer endure the relentless attacks and outright lies launched against her character in the Court of Public Opinion since the tragic events of May 21st. With her statement Amber hopes to give the LAPD the opportunity to conduct an accurate and complete investigation into the events of that evening and before. If that occurs, and the truth is revealed, there is no doubt that Amber's claims will be substantiated beyond any doubt, and hopefully Johnny will get the help that he so desperately needs."

Amber's team also shut down rumors they were going to serve Johnny with divorce papers at the premiere of his film "Alice Through the Looking Glass" in Los Angeles. "From the beginning it has been Amber's desire to keep this matter as private as possible, even though LAPD officers responded to a 911 call made by a third-party. The LAPD officers viewed not only the disarray that Johnny had caused in the apartment but also the physical injuries to Amber's face. We filed the Petition for Dissolution of Marriage at the very end of the day on Monday May 23rd and we did not serve Johnny with the Petition at the premiere of 'Alice Through the Looking Glass' that evening. We sent a letter to Johnny's counsel team the next morning making it clear we wanted to keep this matter out of the media. We then held off requesting a domestic violence restraining order as we knew that Johnny was out of the country.”

Her lawyers closed the statement, saying, "We took the high road. Unfortunately, Johnny's team immediately went to the press and began viciously attacking Amber's character. Amber is simply a victim of domestic violence, and none of her actions are motivated by money. Amber is a brave and financially independent woman who is showing the courage of her convictions by doing the right thing against Johnny's relentless army of lawyers and surrogates. The Family Law Court is not going to be influenced by misinformation placed in the social media based on anonymous sources. Amber is the victim. Amber is a hero."

Among those supporting Depp's innocence of charges he was physically abusive, Depp's ex, Vanessa Paradis, said in a letter, "Johnny Depp is the father of my two children, he is a sensitive, loving and loved person, and i believe with all my heart, that these recent allegations being made are outrageous, in all the years i have known Johnny, he has never been physically abusive with me and this looks nothing like the man i lived with for 14 wonderful years."

While Depp and Heard's divorce is unfolding in the media, he was spotted hanging out with a mystery brunette in a Stockholm hotel bar in Switzerland. Daily Mail obtained photos of Depp chatting and laughing with friends at the bar after a sell-out show with his band the Hollywood Vampires. 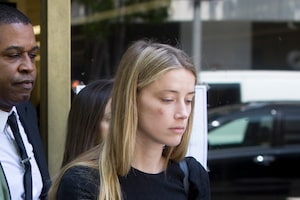 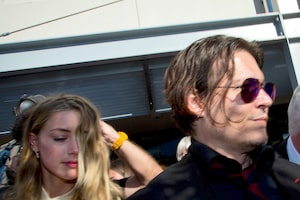 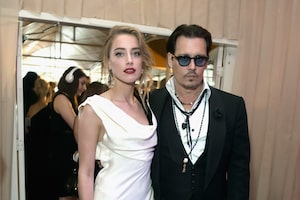