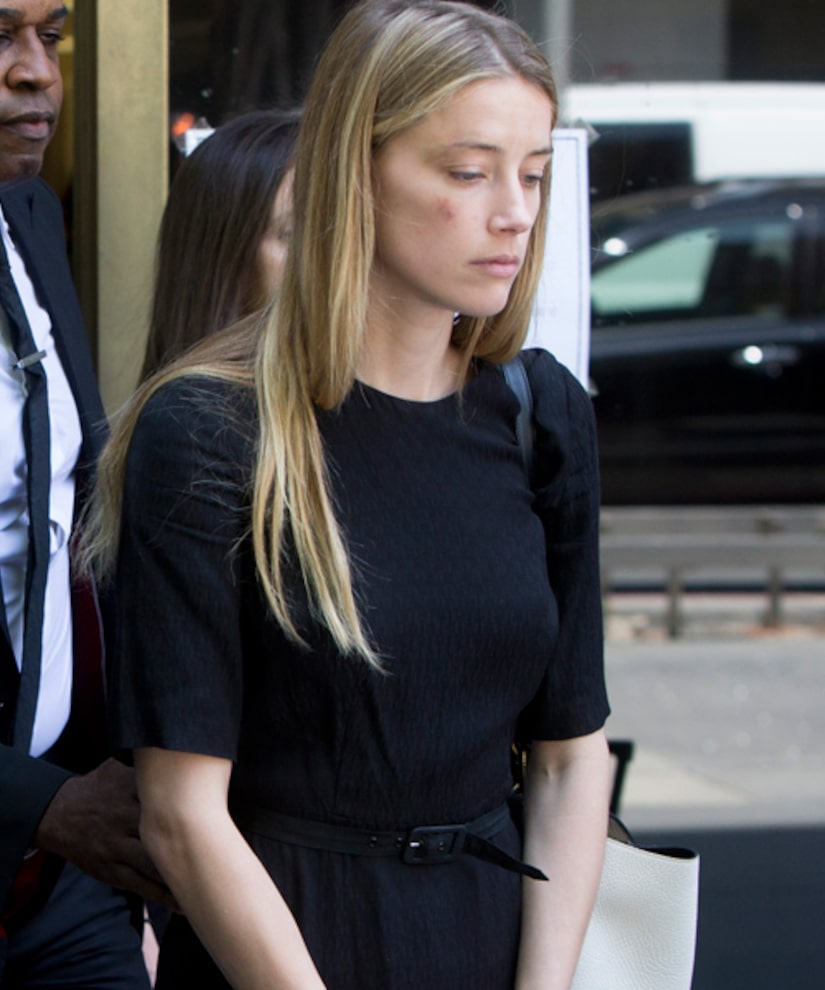 Actress Amber Heard put on a brave face as she left an L.A. courthouse after being granted a domestic violence restraining order against husband Johnny Depp. A visible bruise could be seen below her right eye.

While she looked stoic outside the courthouse, Heard broke down in tears after getting into a car. X17 captured photos of Heard in tears.

Heard has accused Depp of domestic violence, however sources from his camp tell TMZ the claims aren't true. 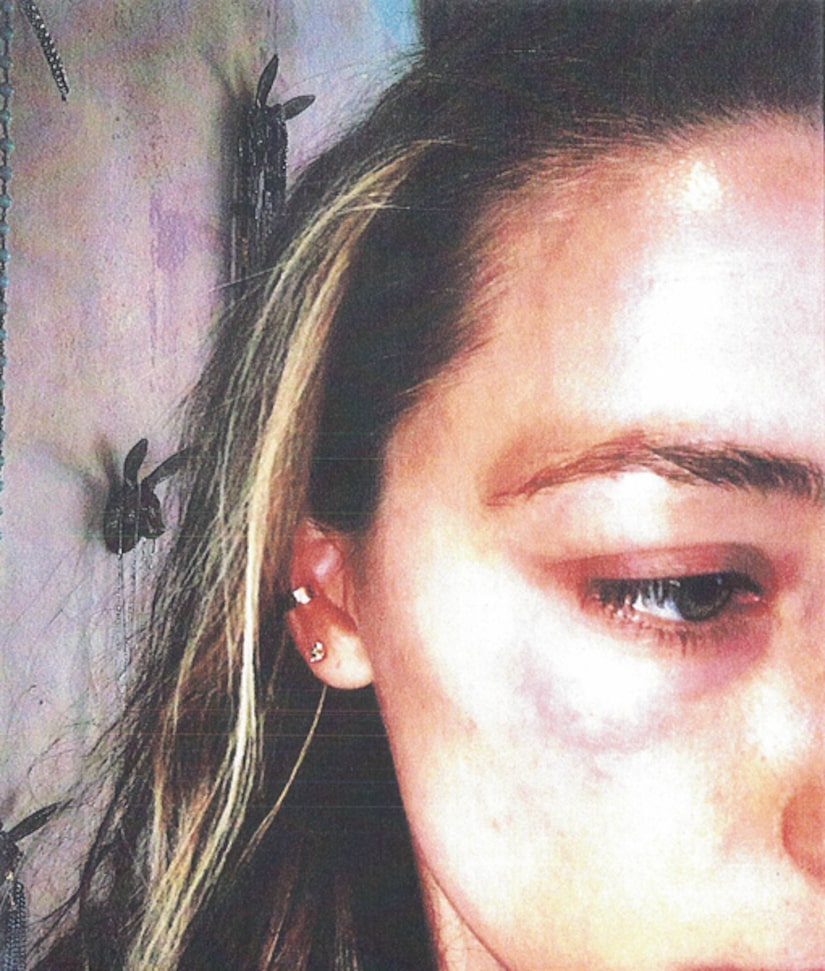 According to legal documents obtained by TMZ, Amber not only alleges that he verbally and physically abused her, but says drugs and alcohol are partly to blame.

Heard, who submitted photos of her injured, noted in the court docs that Depp acted out after her birthday party last month while supposedly inebriated. She claims he threw a magnum-sized bottle of champagne before pushing her onto the bed. The 30-year-old says he then grabbed her hair and shoved her to the floor.

Afterward the couple did not see each other for a month. 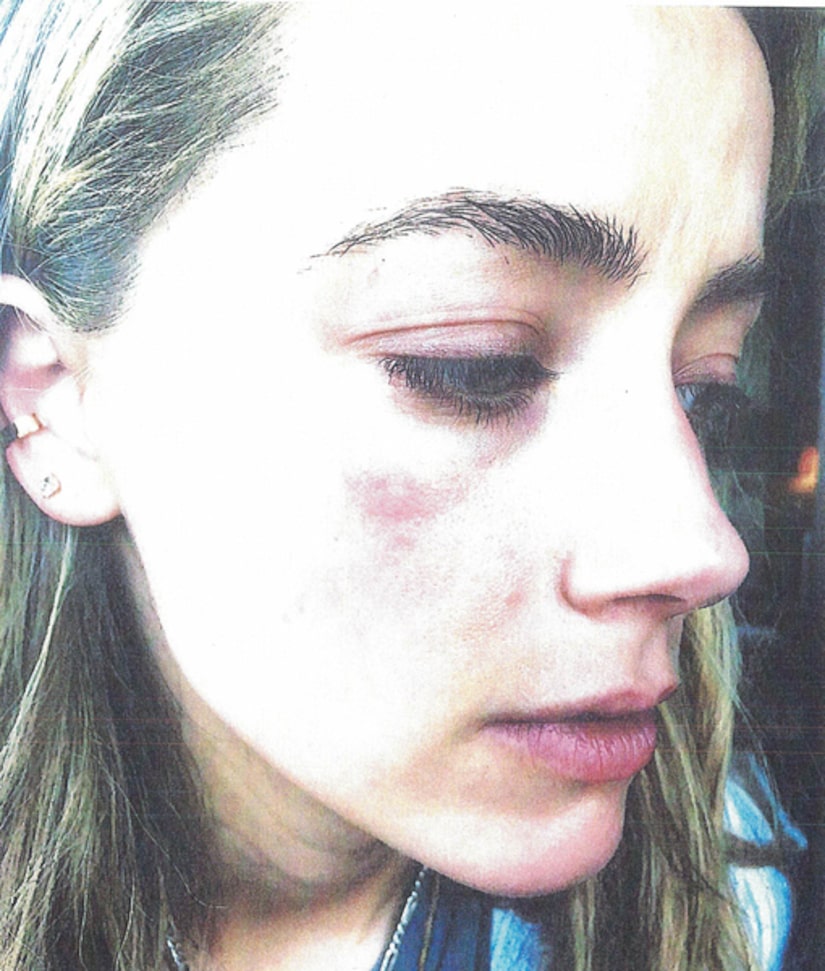 In the court docs, “The Danish Girl” star claims that they saw each other for the first time again on Saturday, stating they got into an argument and he threw an iPhone at her face leaving a mark, and smashing objects in the house. Again, she says he was inebriated at the time of the fight.

She reportedly asked a friend to the call the cops that night, and when they arrived, Johnny was already gone.

LAPD sources tell TMZ that when they arrived at the home, there was no signs of abuse, nor did Amber report being abused. She only said that they had an argument. 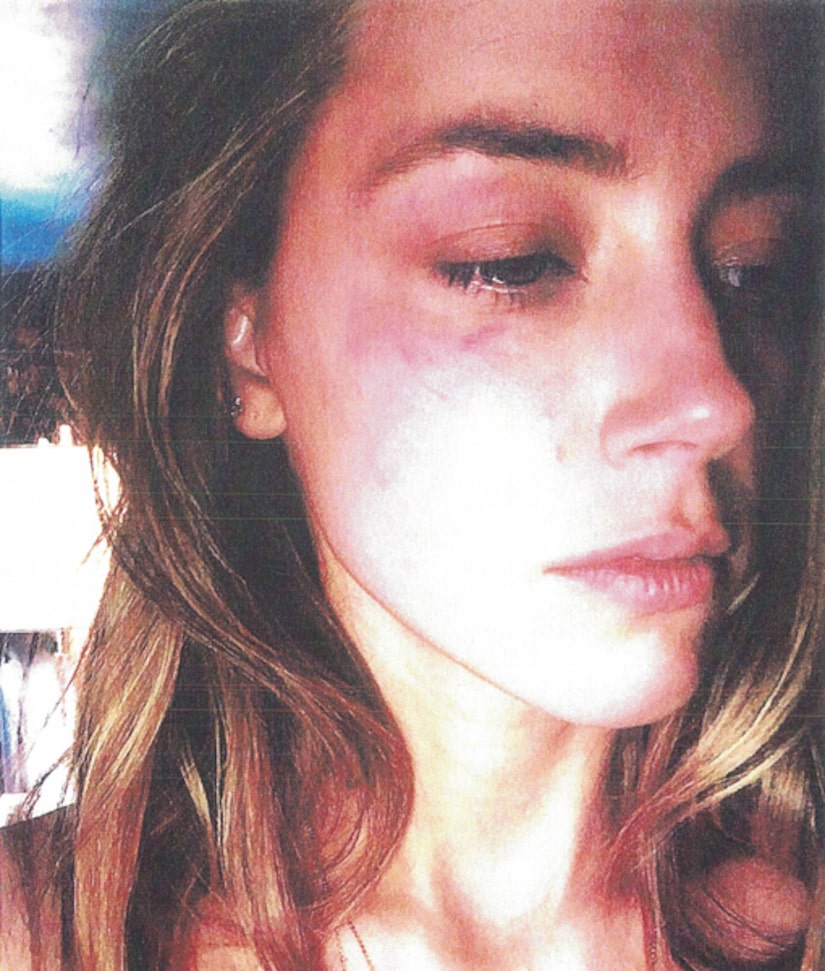 Heard filed for divorce the Monday after the alleged incident.

Sources close to Johnny tell TMZ that Amber is lying about the domestic abuse.