Only “Extra's” AJ Calloway was with John Travolta at Breitling's flagship aviation boutique in NYC.

John opened up about his 16-year-old daughter Ella, and dealing with having a teenager. He told AJ, “I can honestly say I prepared well. And I trust her decisions and even her parallel parking.”

Does he trust her dating decisions? “She's clever,” he said, adding, that he's a fan of Meghan Trainor's “No” anthem. “Her number is no. Her name is no,” then laughing, “You got to let it go… teach your child that.”

Travolta, who played Robert Shapiro in the acclaimed FX series “The People vs. OJ Simpson: American Crime Story,” revealed he may contribute to Ryan Murphy's next series focusing on Hurricane Katrina. Travolta used his own plane to help bring supplies to the area after the hurricane hit. “It goes on so many levels, personal, political, what an interesting area to tell stories about.”

The star also commented on Shapiro's bombshell interview with Megyn Kelly, where the attorney revealed what OJ whispered to him after the verdict was read. Simpson supposedly said, “You had told me this would be the result from the beginning. You were right.”

John said that was news to him as well. “That was amazing, that part I did not know when we were filming, that he had actually said that. I had thought that maybe he wasn't sure because of the speed it was decided.” Travolta did not connect with Shapiro during filming, revealing, “All I got was a letter that he was happy I was portraying him. We were advised not to [talk] for various reasons, not to converse.”

Travolta is heading back to the big screen in the upcoming film, “I Am Wrath,” co-starring Chris Meloni. “I just play an average fellow who's married with a family, and you don't know he has a secret past of being an operative,” he said.

AJ broke some news to him that he was considered for the role Prince played in “Purple Rain.” “Really? I didn't know that, well, that's a revelation.” 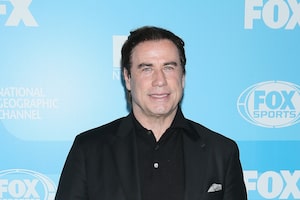 Would John Travolta Risk His Life to Fly to Mars? 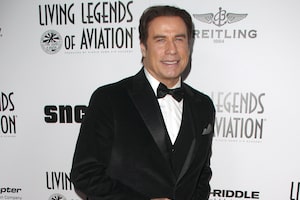 John Travolta’s Son Ben Is Already Following in His Footsteps