In August, the FOX News host called out Donald for calling women “fat pigs, dogs, slobs and disgusting animals” at the GOP debate. As for what to expect in tonight's pre-taped one-on-one, Kelly hinted, “For the first time ever, you'll see Trump and yours truly have a direct exchange about what happened between the two of us. It'll be dynamic because it's the one thing I didn't discuss when I went and saw him at Trump Tower. So the first time that happens, it will be on camera in front of the nation.”

During the primetime interview, Megyn and Donald discussed topics, such as journalist's role in a debate. She asked in a recent clip, "You said you didn't feel the moderators had been nice. But do you think it's the journalist's role to be nice at a debate?” Trump responded, "Fair. I don't care if they're nice. They have to be fair.”

When Lopez asked why she struck such a nerve with Trump, Kelly answered, “Good question, and I still don't have that one figured out. He clearly disliked that question that I asked at the first debate, but they all got it hard in that first round of the debate.”

She pointed out, "I do believe if Trump hadn't complained so incessantly about it, that never would have become an issue.”

On the subject of how Trump has been able to stage a hostile takeover of the GOP, Kelly responded, “Ironically, the things that got him in the most trouble and said something about him that was negatively perceived by many, by many others was positively received. They thought, 'Oh, he doesn't follow the rules… he's a wrecking ball...' and they loved that about him.”

Kelly also reflected on Trump's surprising decision to run for president and if he truly wanted to be POTUS. She said, "I don't know about 'want'… but I do think Trump had doubts about whether he would win the nomination, much less the presidency, when he first launched this campaign, and we got into that and I think even he never anticipated this level of success.”

Megyn's recent rise to fame has many wondering what her next move will be. Is she staying at FOX in the long run? Kelly answered, "I'll have to cross that bridge when I come to it, but I've been very happy here.”

Mario joked Megyn should have Trump negotiate her next contract. Megyn replied, “You know, Mario… I've negotiated every deal here since I started myself, without my agent… and that has worked out okay for me.” 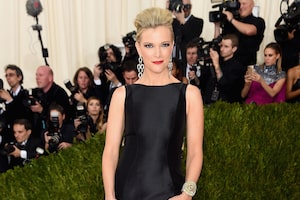 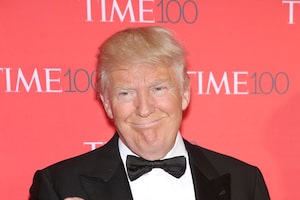