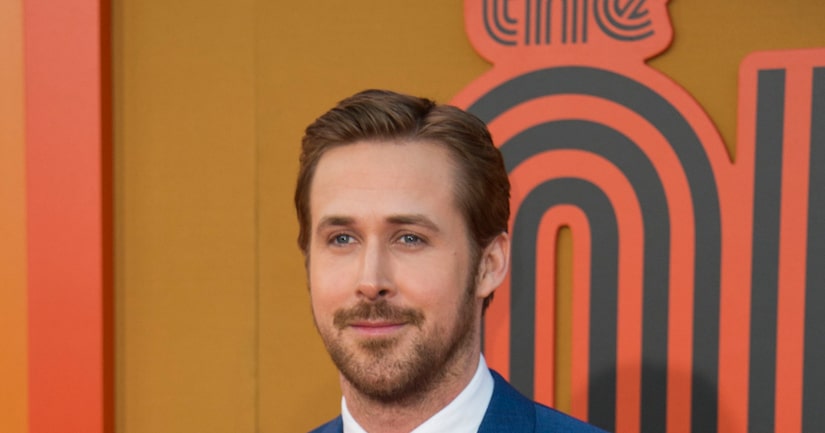 “Extra's” Charissa Thompson congratulated Ryan on his bundle of joy at the Hollywood premiere of “The Nice Guys” and he responded, “Thank you so much.”

Charissa also caught up with Ryan's co-star Russell Crowe, who wore Giorgio Armani for the evening. On the baby news, Russell stayed coy, saying, “He hasn't told me yet that it's happened. There's been no official announcement, so as far as I know, that's just incorrect.”

The two guys also put their bromance to the test on the red carpet. When Charissa mentioned that Ryan said Russell was cooler than him, Russell agreed and commented, “The main edge that Ryan has on me is youth. There's just nothing I can do about it.” Ryan replied, “I'm losing [my youth]. I'm just hanging on a thread, honestly.” Russell added, “The thing with Ryan, you know, is that he's so present at all times, he's emotionally available, he's empathetic… It's absolutely nauseating."

Ryan also recalled his recent story about going to a bar with Russell while they were prepping to shoot “The Nice Guys.” He said, “It's a long story and it's not very flattering to me. Russell, very generously, before we started to film, rented out a bar for everybody and I was trying to keep up with him.”

Gosling joked, "I was drunk for the entire shoot, just from that one night.”

Before the evening was over, Charissa was able to get solo time with Russell, who quipped, “Well, that's something we should talk about later and everything. We shouldn't put that on TV, 'cause there will be kids watching. I understand your hunger. You need to learn a little more self-control.”

“The Nice Guys” hits theaters on May 20. 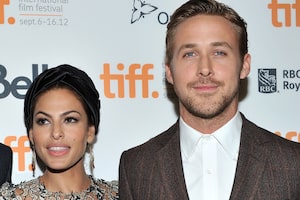 Eva Mendes and Ryan Gosling Already Had Their Baby! 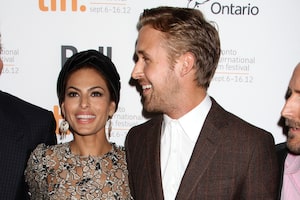 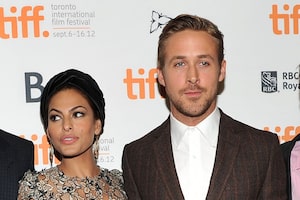