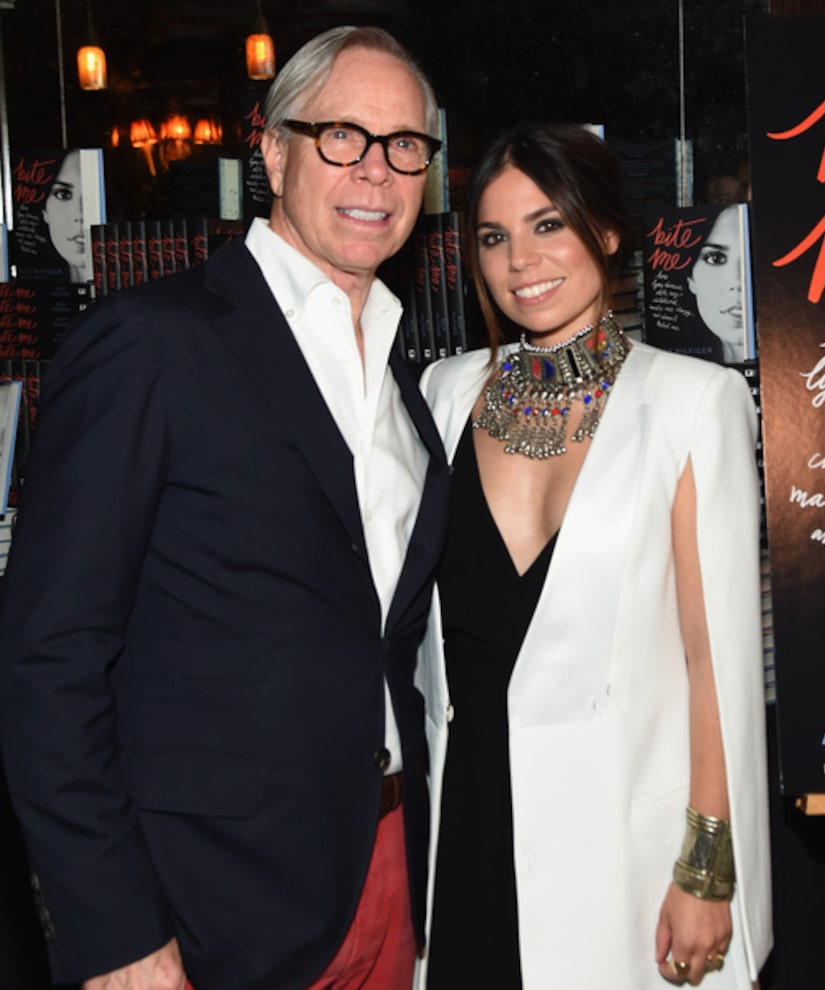 Tommy Hilfiger's daughter Ally chronicles her painful struggle with Lyme disease in her new book, “Bite Me.” Ally, who starred on MTV's reality show “Rich Kids,” sat down with her fashion icon father for their first interview together on her 20-year struggle with the disease.

Ally spent nearly 14 years being misdiagnosed, “I felt scared. Just so misunderstood.” Tommy searched for answers to help his daughter. “I felt helpless, and when you feel helpless you feel hopeless. We went to many doctors over many years, but could not find out what was wrong… Finally we found the right diagnosis, but it was years later after a lot of suffering.”

Ally explained, “I felt scared, just so misunderstood.” She was suffering from a wide variety of symptoms, from intense joint pain and memory loss to fevers and night sweats. “There were a lot of times when I wondered if my physical symptoms weren't real. I knew I was feeling them, but there were times I thought everybody feels like this, maybe I'm just a weak person.” She went on, “Then it became very difficult when it affected me cognitively in my brain and I stopped being able to speak properly and remember things, that's when it became frightening on a different level.”

Frightening for Ally, and a breaking point for Tommy who had Ally committed to a psych ward. “I thought my daughter had gone a bit psychiatric and didn't know if she would ever come back.” Ally recalled, “It was like waking up in a true nightmare in a real nightmare… to wake up and see the shoelaces out of my sneakers, that was really weird, that was like, wait a minute, what happened? I felt more alone then I ever had and just misunderstood.” She eventually met the doctor who finally confirmed it was Lyme disease after countless tests that came back as false negatives while at the facility.

Tommy called it “a trying time, it was very difficult.” Now Ally, 31, is putting it all out there in “Bite Me: How Lyme Disease Stole My Childhood, Made Me Crazy and Almost Killed Me,” advocating for prevention and education and offering hope to those who have been through something difficult. “I went through a really long recovery and tried everything under the moon and sun… today I still have to manage this chronic illness… there's no cure for this. Yes, I feel relatively well today, however, I still have some hard days.”

Tommy and Ally also commented on the plight of another famous family's ordeal surrounding Lyme disease; Yolanda Foster and her children Anwar and Bella. Tommy said, “Yolanda has suffered, and I know there are questions whether she has really been ill, but there were questions all the time about Ally and there were days when she was fine. Then there would be weeks when she was in deep pain… The symptoms come and go.” Ally added that she is good friends with Yolanda. “They're going through a really hard time, and to have this controversy surrounding them is heartbreaking.”

Today Ally is happy and grateful for the good days. “I'm just grateful that we're sitting here today, that this is happening and that I have a healthy baby.”