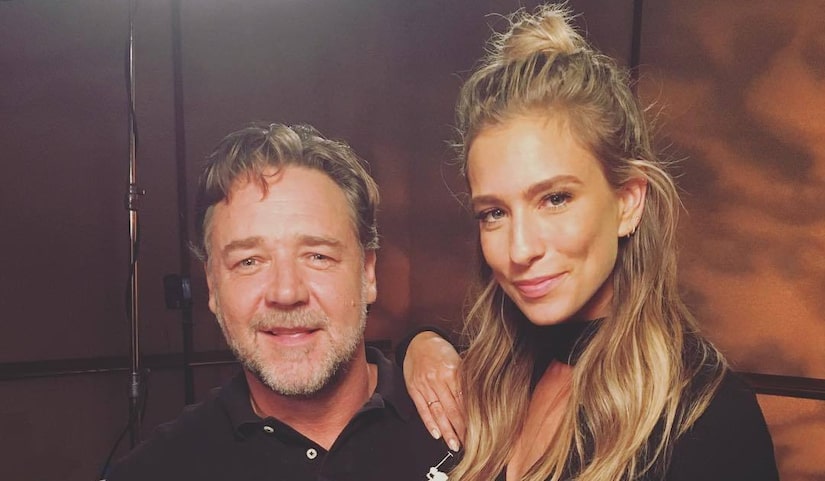 Russell Crowe is starring with Ryan Gosling in the new comedy "The Nice Guys," and he recently sat down with "Extra's" Renee Bargh to chat about his role, and co-starring with one of Hollywood's sexiest men. Crowe also opened up about his personal life, including separating from wife Danielle Spencer.

Russell told Renee that his career is part of what led to their separation in 2012. “It's one of the reasons I separated, really. It's because my job requires constant travel. It's still hard as a dad… part of the decision to work is a decision to not be with your kids.”

Crowe is raising his sons Charles and Tennyson in Australia, and said they don't necessarily think their dad is cool just because he's a globetrotting Hollywood actor. “My eldest has a thing where he simply says, 'Dad, never expect me to think you're cool… doesn't matter what you do, you can't be cool cause you're my dad.'”

On the big screen, Crowe and Gosling are a dream team that developed a unique bond working together. “We definitely have a connection. Yeah, we sort of see the world from the same perspective. He just makes me laugh.” Everyone's laughing over their viral “couples therapy” promo for the movie. Russell smiled, “Look, he's got problems I can't help.”

In the film, set in the 1970s, Crowe plays a brutal enforcer while Gosling is a down-on-his-luck private eye. The two team up to help crack the case of a missing girl, played by Kim Basinger.

"The Nice Guys" will be in theaters May 20th.