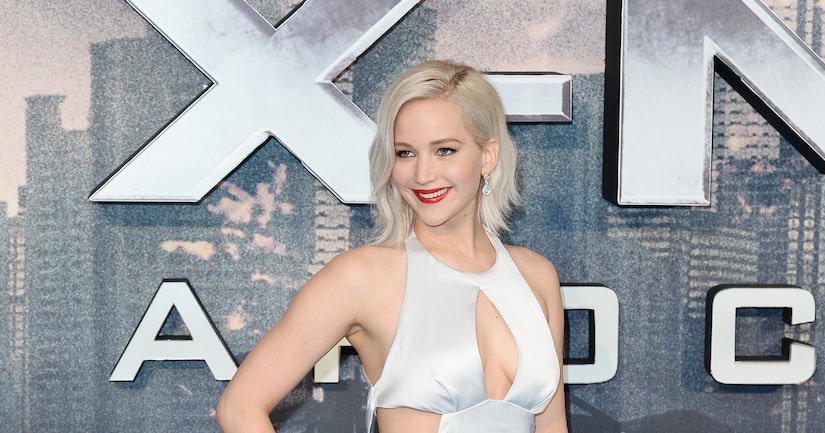 Jennifer Lawrence looked stunning in Dior as she hit the blue carpet for the global fan screening of “X-Men: Apocalypse” in London

“Extra's” AJ Calloway caught up with Lawrence, who doubled down on her recent dating revelation to AJ that she's single. “I'm not even looking, I'm good,” she said. AJ told her there are some good blokes in London, and in Jennifer fashion she responded in an English accent, “There's some good sausage.”

When AJ asked if she really used shaving cream to take off her Mystique body paint for “X-Men,” she admitted she did… while revealing even more about her relationship with her ex, Nicholas Hoult.

“It is really good for taking paint off, but Nic used to hate it because I would come home smelling like a man and, like, too tired,” she said. “I was like, 'Don't touch me, I'm too tired,' and he was like, 'You smell like a dude.'”

AJ commented, “I think many men would endure that.” Jennifer said, "He would, I said, 'I'm tired.'” AJ went on, “They would still endure. They would be like, 'Okay, cool, she's here.'” Lawrence insisted with a laugh, “You're not hearing me, the answer wasn't yes!”

The 25-year-old, who is reprising her role as Mystique in the new movie, is having a ton of fun in London with the cast, who hung out at the hotel bar last night… until she bailed. “I'm such an old lady. Me and Simon Kinberg and Evan Peters went back to my room and batted a paper ball back and forth for like two hours… It was really fun.” The actress, who is never afraid to make fun of herself, said she can't exactly handle her liquor, “Somebody tried to give me a tequila shot last night. I was like, 'I won't dance on a table, I'll just throw up'… I'm all bark and no bite”

Watch as the interview goes completely off the rails when AJ tells Jennifer his new nickname is A.Law, and she admits she's trying to suck in her stomach during the interview. 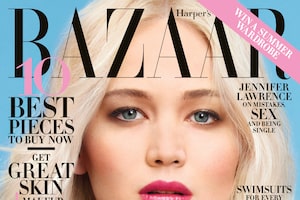 Jennifer Lawrence on Her Body: 'I Don’t Feel Like the Fattest One' 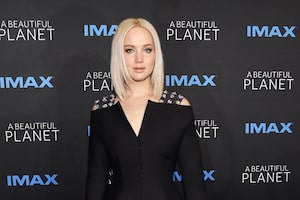 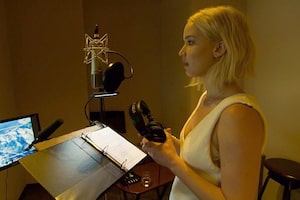