Sometimes, it hurts to look like a celebrity — just ask Mario Licato.

Over the weekend, Licato was allegedly punched at a New York subway station because he bears a resemblance to Shia LaBeouf. The 26-year-old says he was making his way down the stairs when he was met with a punch.

He told People, "I just saw a fist coming at my face, and the next thing I know I was, like, falling down the stairs and all I heard was, 'That's because you look exactly like Shia LaBeouf.'"

Licato, who was “out cold” from the punch, added, "I was like, 'Am I crazy? Or did he just say that happened because I look like Shia LaBeouf?' And [witnesses] were like, 'That's exactly what he said.'"

Before the cops made their way to the scene, Mario was helped by a couple, who described the assailant as a “white frat boy.” The NYPD are investigating the case, but no arrests have been made.

As for what Mario would ask the man if he came face-to-face with him, he responded, "I would basically just say, ' o, what did Shia LaBeouf ever do to you that you wanted to punch him in the face? Was it one of his performance pieces?' Did this guy steal his girlfriend? Like, what did he do so bad that he wanted to punch somebody that looked like him?”

Licato is currently nursing his left eye, which is swollen from the attack. 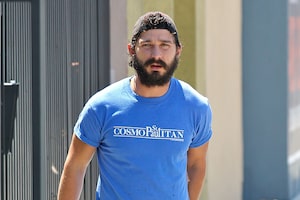 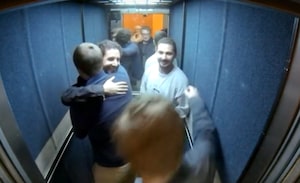 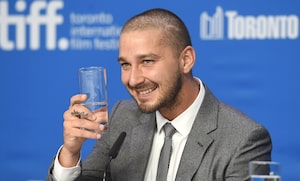