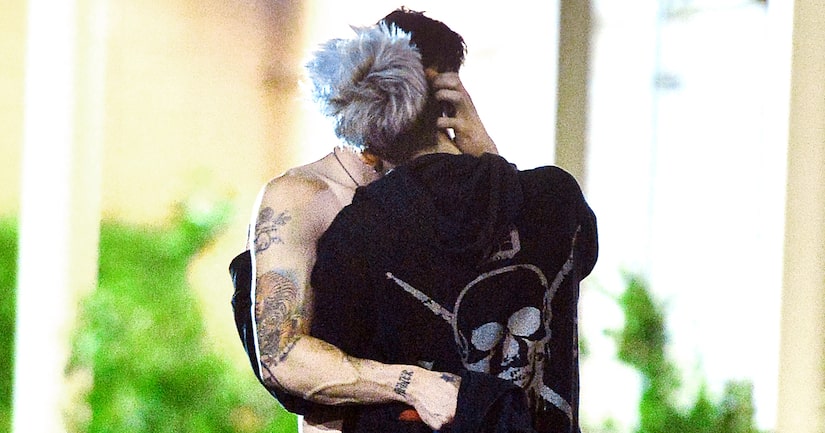 PDA alert! Paris Jackson was spotted getting hot and heavy with boyfriend Michael Snoddy after his recent show in San Bernardino, California. 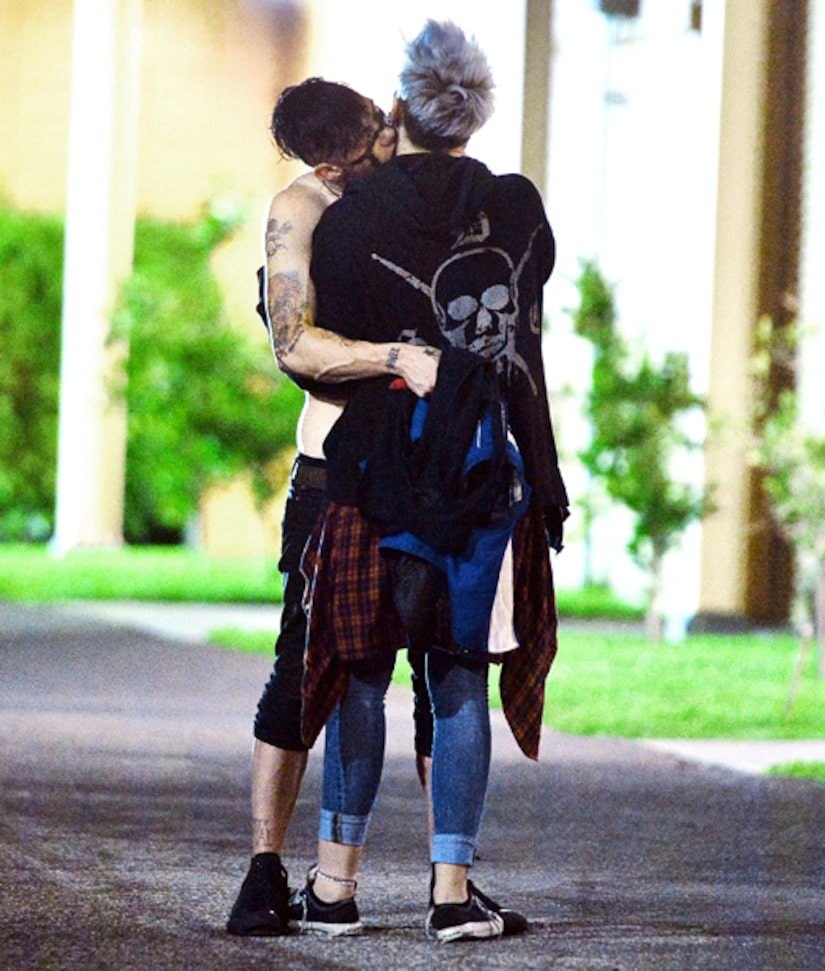 Jackson was a regular at the National Orange Citrus Fair, attending each of Snoddy's performances with his band, the Street Drum Corps, Friday through Sunday. 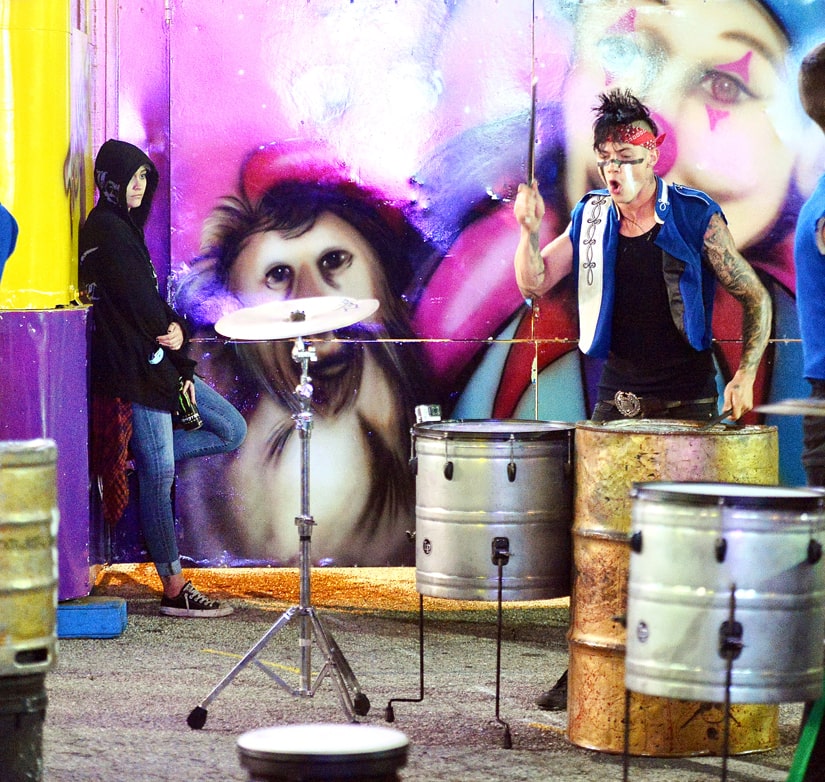 Michael Jackson's daughter was spied helping the band unload and load equipment before and after each performance. 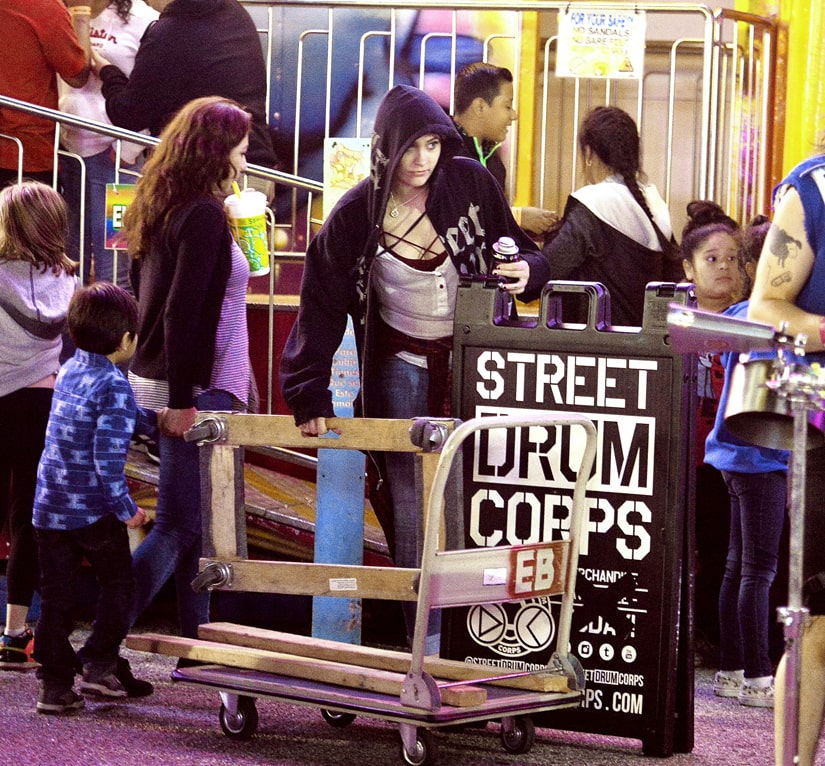 On Sunday, Paris and Michael were caught on camera making out before leaving the fairgrounds. 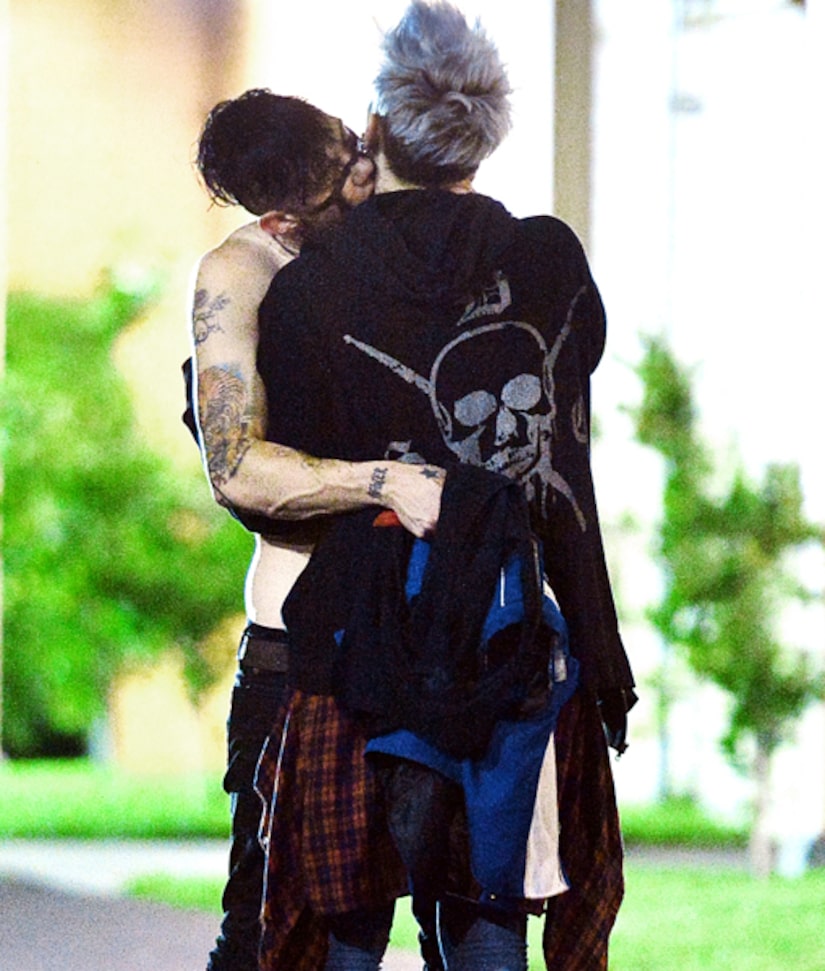 Click here for more pics, and check out video of their night out below! 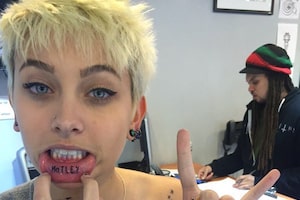 Extra Scoop: Paris Jackson Gets New Tattoo Inside Her Lip 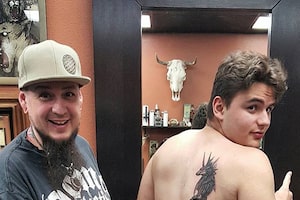 Prince Jackson Gets Unexpected Back Tattoo of Greek God 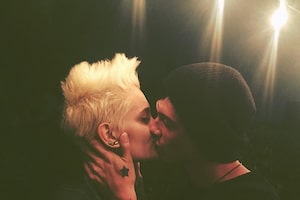