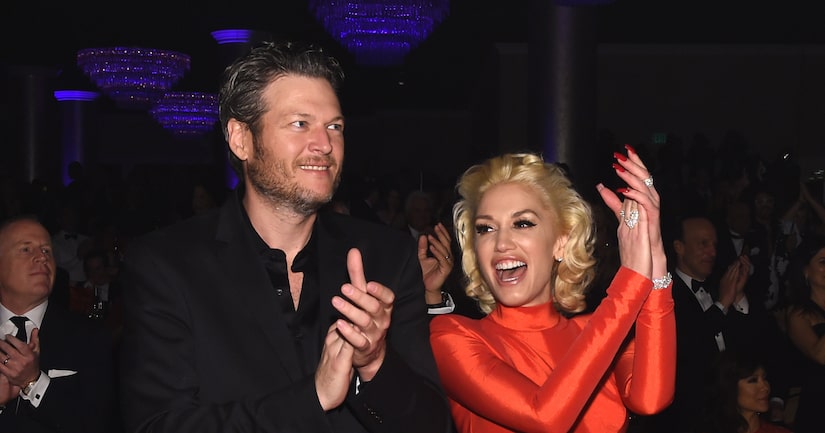 Blake Shelton and Gwen Stefani are still going strong and fans of the power couple have a lot to look forward to when Shelton's new album “If I'm Honest” is released May 20.

At “The Voice's” Karaoke for Charity event, Blake opened up to “Extra's” Renee Bargh about the song he wrote and recorded with his girlfriend.

Shelton revealed the duet, called “Go Ahead and Break My Heart,” was “one of the most magical things” of which he has ever been a part.

He explained, “She and I both, I think when it comes to writing, we play our cards close to our vest and we don't share that with a lot of people and I think for me, personally, I'm a little insecure about my writing. The fact that we wrote these things together, I think it one of the most important pieces of music I've ever been a part of and I love the song.”

The country singer went on, “I'm trying not to get too excited about it, I think it is just a great song and I don't say that about many things that I write.”

His "Voice" co-star, Adam Levine, also has a reason to celebrate — Levine confirmed they are expecting a baby girl, saying, “She's going to break my heart all the time.”

He told Renee, “I'm feeling good about it. I'm ready to be a daddy.”

His fellow coaches also joked about Adam becoming a dad.

Meanwhile, Blake added, “I just can't believe he is legally allowed to procreate.”

Watch the video for more with the coaches, and to hear their take on Season 10 of “The Voice.”